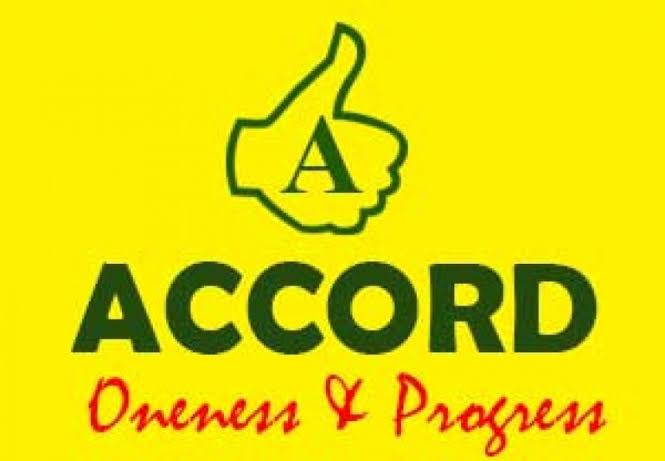 The Osun State Chapter of the Accord Party yesterday bashed Governor Adegboyega Oyetola over some recent moves of his government particularly on the alleged enrolment of 30,000 youths into its Health Insurance Scheme (O’HIS) and the engagement of new O’YES cadets.

In a statement issued in Osogbo by the Chairman of the party, Pastor Victor Akande, the party expressed surprise at how the said enrolment was done without the knowledge of the state indigenes.

The state Commissioner for Youth and Sports, Mr. Yemi Lawal had disclosed during a press conference last Friday that 30,000 youths “vulnerable youth” were enrolled into O’HIS and the initiative was aimed at helping the beneficiaries get quality healthcare delivery “accessible, affordable and beneficial”,

“We as a major opposition party are bound to ask questions from the epileptic APC government in Osun State. Where is the N360 million coming from? And did the said whopping sum of money Oyetola’s administration claimed would be used for the enrolment budgeted for? When did the enrolment done and where?

“This is another deceptive tactic of ripping off the state funds by an outgoing APC government and possibly another style of deceiving the depleted members of the ruling party in the state. “Rather than providing good and profitable jobs for the teeming jobless youths roaming the streets, Oyetola was surprisingly stocking one of the government agencies with funds likely going to be used for July 16th polls in the name of health provisions. This is to inform the governor that his books shall be looked into by Accord because we are sure of winning the governorship polls

“With good job, these youths should be able cater for themselves and not wait on someone to pay their health bills. And indeed they need foods on their tables and not drugs in their bellies”, the party stated.

Another area of concern to the party was the last minute engagement of Osun Youth Employment Scheme (O’YES) where each beneficiary will earn a paltry wage of N10,000 monthly.

“We know of a fact that even though Oyetola’s government lacked new initiatives but fully relied on the foundation laid by his predecessor, recruiting O’YES cadets in less just about two months to the governorship election is by all means unacceptable. It is nothing but a failed attempt at rigging the polls but we are keenly watching”, Accord party concluded.