As calls for cancellation of A’Ibom PDP Congress heightens 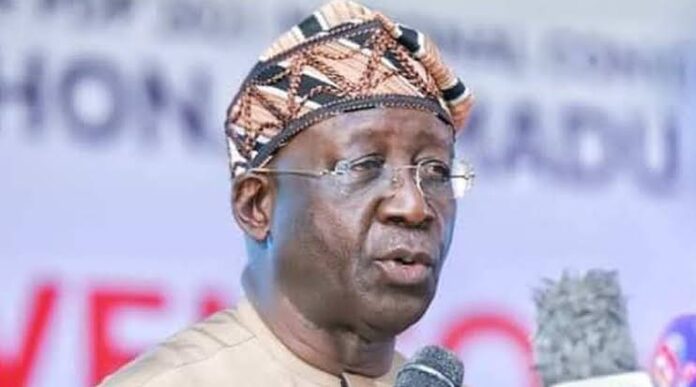 Accusations and counter accusations of hijack and manipulation of the electoral process dominated the headlines following what some have decsribed as a peaceful and fair and many desceibing as a manipulated PDP Ward Congress held across the 329 wards in the 31 local governments of the state last Saturday.

Although the exercise was largely peaceful and devoid of violence in most of the election venues, there were indications that the last may not have been heard of the outcome of that election supervised by the Ibrahim Umar led Congress Committee as some of the aspirants have alleged that they were manipulated out of the process by the state party leadership loyal to Governor Udom Emmanuel.

Amidst reports and complaints of late arrival of materials, lack of materials in some places and cases of no election in some of the wards, some of the aspiring delegates expressed deep frustration over what they saw as massive disenfranchisement stressing that the party should be ready to organise fresh election or face legal actions.

One of them, Mr Willy Etim an aspiring delegate from Uruan Council area,” We gathered that the National officials brought to organise the election got compromised by MPM members to help work for Pastor Umo Eno’s emergence and they obliged. We are waiting here for materials since 8am and now its 2pm no news”.

” I am aware that the materials are safely diverted to politicians private homes where the election and the results are being prepared in favour of aspiring delegates selected by MPM officers, we are awaiting for their next line of action.”Mr Paulinus Ekong an aspiring delegate from Uyo told Journalists.

Though reports from some of the wards in the state indicated that the election was attended massively by members of the party, it is understood that Mr. Akan Okon, Senator Bassey Albert, and Obong Akan Udofia in their reports on social media were quoted as saying that the exercise did not take place in their wards and other wards. This even as some youths last Monday protested the conduct of the Ward delegate election at the state PDP Secretariat calling on the national leadership of the party to cancel the election.

There were also indications that the protest could be taken to the Wadata Plaza office of the PDP in Abuja by aggrieved aspirants to press home their demands for transparency and better inclusion in the process.

Chairman of the Akwa Ubong Abasi Campaign Organization, the group spearheading the governorship ambition of Senator Bassey Albert, Bishop Andrew Unwanta described the exercise as a shame on democratic principles saying whatever transpired was null and void.

“I was to stand election as an adhoc delegate but unfortunately in my ward at Southern Iman Ward 1 materials didn’t come and no officer was posted to that place. But of course I had gone to the state Secretariat of the party but did not see the normal arrangement that were always made before such congresses like bringing materials and posting officers, distributing them according to wards and local governments, of course that did not happen.

“But then I went my ward and waited but no materials arrived and in the presence of observers I asked the ward secretary who didn’t have the result sheet whether he can count and record the process but then where is the form and result sheet. So in reality in almost all the wards in Akwa Ibom people who were ready to contest in a free and fair election were denied the opportunity. The government maybe decided to hijack the materials for his favoured aspirant.

“So then there was nothing we could do at that moment, people were denied the chance to be voted for but of course they came to see that the election was not free and fair, materials were hijacked, they stopped somewhere to fill the results. I feel that is not in line with the electoral law and that actually made the election null and void and so anybody who says it was free and fair was a party to the material hijack.

He accused those insunuating that OBA was sponsoring protests of blackmail adding that, “I am not aware of that but I know that even on election day youths in the state demonstrated about the imposition, material hijack and non availability of materials and I think outside the favoured aspirant no other aspirant and I think they are about 14, non endorsed that election, so it’s not even a matter of Akwa Ubong Abasi Campaign Organization. We were all disenfranchised.”

Also, the 2023 Inspire Develop Empower (IDE) Advocacy Campaign Organization working for the realiasation of the governorship aspiration of governorship hopeful, Obong Owodiong Idemeko described the exercise as a sham, calling on people to unite against forces working against true democracy in the state.

A statement from it’s campaign office endorsed by the Secretary Dr John Obisung said it was unfortunate that the journey towards the liberation of Akwa Ibom llhas started on a shaky note.
“Our people out of enthusiasm after our rigorous consultations of political groups and other stakeholders trooped out enmasse on Saturday to exercise their franchise by electing the 3 man Adhoc delegates for the coming primaries.

Sadly, desperate politicians and enemies of democracy decided to frustrate our efforts by sabotaging the entire process.The PDP Akwa Ibom State, instead of being on the driver’s seat to liaise with the Ward Congresses Committee from Abuja, to conduct the Congresses, it was the Maintain Peace Movement (MPM) a support group of the preferred aspirants of the enemies of democracy that called the shots. This is an aberration.” The statement said.

The campaign group explained that their principal Obong Ide Owodiong-Idemeko was at the ward office as earlier as 8am with thousands of party faithful to elect the Adhoc delegates but until sunset neither the materials nor any party official designated to carry out the assignment was sighted.“The same story emanated from virtually the entire wards across the State”. It highlighted.
They described the entire exercise of Saturday April 30th as not only fraudulent but a nullity stressing that It is unfortunate that in an era of high political awareness, those who ought to lead by example have descended so low out of desperation to please their pay master to the detriment of the masses.

“Democracy is about mass participation in choosing our leaders and any act to circumvent it will be resisted within the ambit of the law and every legally accepted means.They have tested our will power with the last Saturday outing and we must nip this roaring monster in the bud to safeguard the electoral process.Our candidates at every level must emerge through popular and credible electoral process. We must not give room for the enthronement of mediocrity for the sake of the future of our dear state and country.” The statement concluded.

But Gorvernor Udom Emmanuel himself and those loyal to him and his annointed aspirant, former Water Resources and Lands Commissioner, Mr Umoh Enoh applauded the conduct of the election.Speaking at the QIC Group School, Awa Iman, in Onna, where he joined other members of the PDP in Awa Ward 1 for the exercise, the Governor commended the impressive turnout of party faithful and the brotherhood exhibited in the exercise. The Governor congratulated the trio who emerged winners at the Awa Ward 1 congress in Onna and other wards accross the State and expressed hope that the delegates will represent their constituencies well in the upcoming party primaries.

The Governor’s supporters have also accused the “protesting” trio of plans to discredit the Ward Congress by sponsoring a public protest at the state and national secretariats of the party. They alleged that the protest would be their last resort after all their earlier conspiracies to abort or undermine the process failed .Some sources even alleged that they laid ambush to the entire process leading to the ward congress with the hope that PDP would make mistakes or ignore certain aspects of the guidelines, but were beaten to their game as the party followed through every step on the way to the congress.

They say the trio planning to sponsor protests were physically present at the PDP State Secretariat, Atan Ofot, Uyo where materials for the Adhoc delegates congress were distributed on Saturday.

According to a sources, “OBA, Akan Okon, Akan Udofia have perfected moves to get some youths stage a protest in Abuja to create the impression that no congress took place. But security reports and media reports have made nonsense of such moves as it is obvious the Congress took place across the 329 wards of the 31 local government areas in the state”.

“INEC itself was a witness to the Congress and the same National Working Committee, NWC, of the party that they are planning to protest to were the ones who sent officials who conducted the Primaries in the state. Apart from their being mischievous, it makes no sense trying to create an imaginary crisis in a process that was transparent, free and fair simply because they feel their preferred candidates lost at the Congress”.

Reacting to the planned protest, a PDP chieftain from Ikot Abasi, Engr Umoh Philip, described the move as unnecessary, stating that power comes from God and that the party must be commended for conducting a congress in a manner that was peaceful, orderly and transparent. He called on Akwa Ibom youths not to allow themselves to be used by any selfish politician to derail the prevailing peace in the state and unity in the party.”

The state leadership of the PDP through it’s Publicity Secretary, Mr Borono Bassey had in a radio programme in Uyo insisted that the party followed the electoral guidelines while materials were distributed to election venues on time with some of the aspirants on hand to witness the distribution at the state party Secretariat. Bassey described protests and agitations against the result of the Congress as normal in Nigeria because those who fail elections will most times refuse to accept defeat.