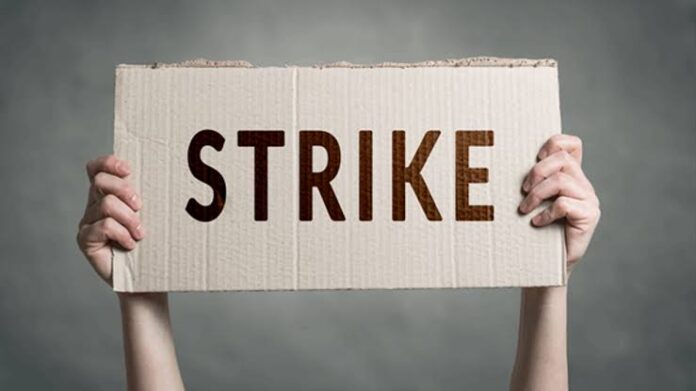 Workers in the research institutions under the auspices of the Joint Research and Allied Institutions Sector Unions (JORAISU) have denied reports that they have suspended their ongoing seven-month strike.

In a letter of clarification to the chairmen, secretaries and members of ASURI, Ndubuaku said contrary to the press statement issued by the Federal Ministry of Labour and Employment on the 5th May 2022 saying the strike has been suspended, the strike is still on.

He said, “The statement by the Ministry is a misconstruction of reality. As all our members know, ASURI is a signatory to the JORAISU strike which commenced on October 13, 2021. That strike has not been called off and we have no reason to direct our members to desist from participating in it.”

“The JORAISU strike is a sectoral struggle, so we cannot pull out of it unilaterally. The leadership of JORAISU is one and there is no division whatsoever. As stated in our earlier clarification, it is not in our power to unilaterally call off or suspend the JORAISU strike. The action which we took in suspending the ASURI strike is purely for strategic reasons.”

Also, the General Secretary of NASU, one of the three unions participating in the strike also disowned the statement issued by the ministry.

“The government has not implemented the pending 12 months’ arrears of the new salary structure approved for the workers in research institutes to warrant reviewing our stand.

“We have had several Memorandum of Agreements and Memorandum of Understandings saying the money will be paid on a particular date. We have been on this matter since President Goodluck Jonathan’s era. When Buhari came on board, we brought it to the attention of the then Minister of Agriculture, Audu Ogbe. We even had an agreement which was signed by the current Minister of Labour and Employment, Dr Chris Ngige, Ogbe as well as the then Permanent Secretary in the Ministry of Science and Technology.

“Other issues in dispute include the 65 years retirement age, inadequate funding of research institutes, the establishment of the National Agricultural Research Institutes Commission and skipping of CONTISS 10.”

The Senior Staff Association of Universities, Teaching Hospitals, Research Institutes and Associated Institutions (SSAUTHRIAI) is the third union that is participating in the strike.