Appeal Court ruling on provisions of Section 84(12) of Electoral Act excites CSOs, others 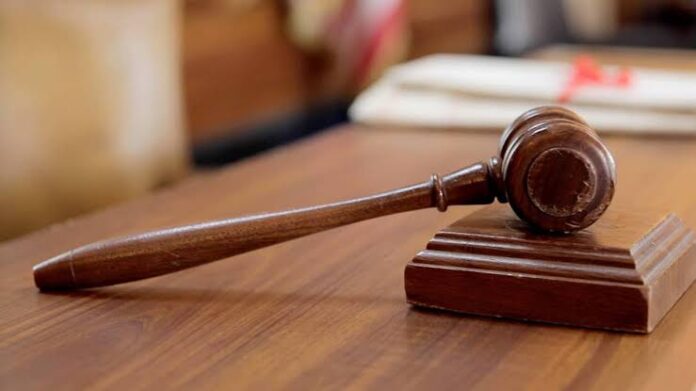 Civil Society Organisations and senior lawyers have described the ruling of an Appeal Court sitting in Abuja on Section 84(12) of the Electoral Act as a victory for the rule of law.

It would be recalled that the Court of Appeal sitting in Abuja had upheld the judgment of the Federal High Court Umuahia which nullified Section 84(12) of the Electoral Act which required public office holders seeking elective office to resign before Primaries or they cannot participate in the election.

The Appellate Court had, while determining the appeal on the merit, held that the said provision of the electoral law was unconstitutional because it is in breach of Section 42 (1)(a) of the 1999 Constitution, as amended, stressing that the section denied a class of Nigerian citizens their right to participate in election.

The judgment followed an appeal marked: CA/OW/87/2022, which was filed by the Peoples Democratic Party, PDP.

In the lead judgement delivered by Justice Hamma Akawu Barka, the Court agreed that the provisions of Section 84(12) of the Electoral Act are in conflict with the provisions of the Constitution. The Appeal Court upheld the judgment of Justice Evelyn Anyadike that Sections 66(1)(f), 107(1)(f), 137(1)(f) and 182(1)(f) of the 1999 Constitution already stipulated that appointees of government seeking to contest elections were only to resign at least 30 days to the date of the election and that any other law that mandated such appointees to resign or leave office at any time before that was unconstitutional, invalid, illegal null and void to the extent of its inconsistency to the clear provisions of the Constitution.

By this judgment, the CBN Governor Mr. Godwin Emefiele, The Attorney General of the Federation Abubakar Malami, Mr. Emeka Nwajiuba, Rotimi Amaechi and all other appointees of Government can now remain in office until 30 days to the election.

When the news broke at the APC National Secretariat, it was jubilation all through as the staff of the Secretariat saw it as victory for the party.

Members who daily throng the Secretariat since the party began to sell Nomination Forms were also seen dancing and celebrating the news.

Jubilations were also reported at the Federal Ministry of Justice, CBN Headquarters, Transportation Ministry, Ministry of Education and many other Government offices.

Lawyers who spoke to newsmen hailed the judgment and said the law has no emotions and that what the Court of Appeal simply did was to interpret the law as made by the legislature and if the legislature was not comfortable with it, they should amend the Constitution and not attempt to violate the Constitution by using an amendment to the Electoral Act.

An attorney, Obed Agu told newsmen that he has no emotions and that what the Appeal Court did was simply to interpret the law as made by the legislature adding that if the legislature is not comfortable with it, they should amend the Constitution.

Civil Society Groups like the African Centre for Justice and Human Rights in its reaction described the judgment as a victory for rule of law and encouraged politicians to play by the books.

In his own reaction, the Convener of the Ethnic Youth Leaders Council of Nigeria, Mr. Paulinus Ake hailed the justices of the Court of Appeal for their boldness in stating the law as it is.

He also urged public office holders who are to remain in office to by this judgment to still dedicate their time to the service of the people while seeking elective office.