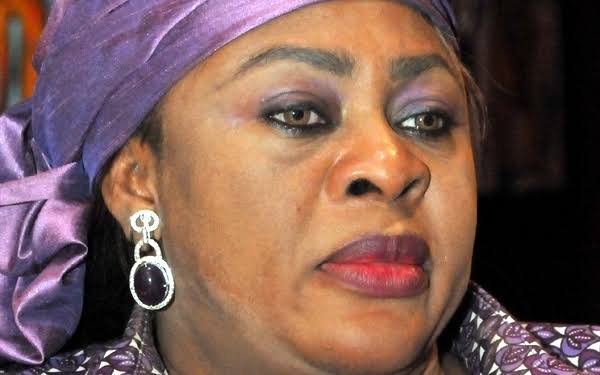 For the sixth time, the planned arraignment of former Minister of Aviation, Senator Stella Adaeze Oduah on N7.9B money laundering charges flopped at the Federal High Court in Abuja yesterday.

Senator Odua who was personally present in court along with her other 8 co-defendants could not be put in the dock following the inability of the Attorney General of the Federation AGF to give a definite go ahead with the arraignment.

At yesterday’s proceedings, counsel to the Federal Government, Dr Hassan Liman, a Senior Advocate of Nigeria SAN had tendered a letter from the AGF’S office and demanded that the accused persons be ordered to take their plea.

He drew the attention of the Court to the fact that the charge against them was filed since December 17, 2020 by the Federal Government while efforts to arraign them have been unsuccessful.

Liman’s attention was however drawn to a portion in the AGF’S letter of May 6, 2022 to the effect that his office was still looking into the issues raised by one of the defendants in the matter.

Justice Inyang Ekwo who was to give order for the plea to be taken insisted that the AGF be given time to take a definite position in order not to embark on an exercise that may be in futility in the end.

Other senior lawyers standing for the defendants agreed with the court that the AGF be given another time to complete his actions on the case file and issue necessary directives.

Justice Ekwo subsequently fixed October 12 and 13 for the plea of the defendants to be taken and for trial.

Senator Oduah’s planned arraignment had before now, been stalled five times due to her initial persistent absence in court.

Justice Ekwo had on July 12 threatened to issue a warrant of arrest against her should she fail to make herself available for arraignment on the then adjourned date of October 19. 2021.

The Economic and Financial Crimes Commission (EFCC) in the charges alleged that Mrs. Oduah misappropriated the N7.9B public funds while serving as a Minister under former President Goodluck Jonathan’s regime.

They are charged with conspiracy and money laundering, as well as maintaining anonymous bank accounts.