We have over 700,000 out-of-school children in Niger, says SUBEB chairman 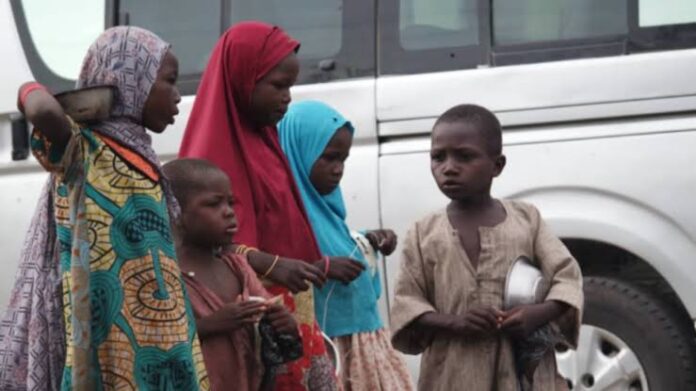 Niger state universal basic education board (SUBEB), has said there are over 700,000 out-of-school children in the state.

Isah Adamu, chairman of the SUBEB, said many schools in the state have been shut down due to the activities of bandits.

He explained that the security situation has also made it difficult to employ teachers in some communities.

‘There is a strong negative relation between insecurity and out-of-school children in Niger just like any other state or country where there is insecurity. It is only when people are secured that they think about education and providing quality education to the people.

“In this part of the country, some parents will tell you the disadvantages of taking children to school, especially now with insecurity. Some parents will naturally withdraw their children, particularly the girls but it is a lack of confidence in the government and the system.

“There is a particular LGA in Niger that currently doesn’t have up to four to five teachers. We are looking for qualified teachers from that LGA but even when you employ them, they run.”

Speaking on the effect of insecurity on children, the chairman said the government has provided a psychological clinic for proper counseling of attack survivors.

He assured citizens of the government’s commitment to ensuring that schools destroyed by attackers are reconstructed.

“Yes, there is a psychological clinic, counseling clinic going on in the state, one was done by a non-governmental organisation and of course by the effort of the government to ensure that victims of insecurity, those who have witnessed the unfortunate killings are counseled,” he added.

“Wherever the bandits go, the first thing they do is to attack government public institutions, particularly the schools but we keep doing our best to keep this habitable for the learners and then some of these schools, we try to ensure that the community participates in building them back”, he added.