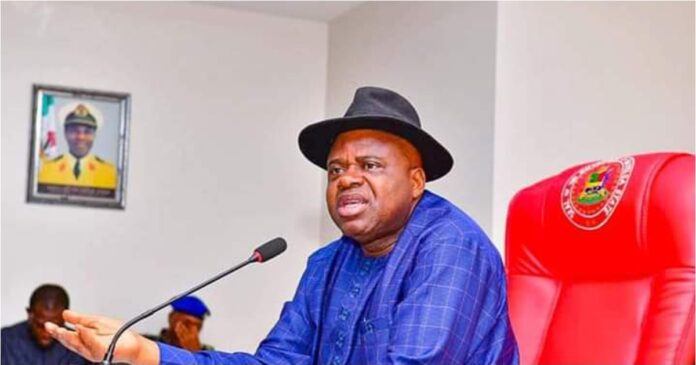 As party primaries for next year’s general elections draw closer, the political class have been reminded of the need to abide by the rules of their party constitutions and the Constitution of the country in choosing their flagbearers.

Speaking through his Deputy, Senator Lawrence Ewhrudjakpo, the Governor remarked that the party primaries would go a long way in ensuring the credibility of the entire electoral process as well as contributing to national stability.

He called on political gladiators to show sportsmanship at all stages of the journey towards 2023 by playing within the ambits of the rules of their parties, the Nigerian constitution and the Electoral Act as amended.

His words, “We believe that the party primaries are also an opportunity to test the effectiveness, fairness and the rationality behind a credible election. We want the primaries of all the political parties to be conducted in a manner that the spill-over will not bring a breach of the peace in our state and the country in general.

“We want to enjoin all the political parties and gladiators to play within the rules of the party’s constitution and the rules of the Federal Republic of Nigeria, with particular reference to the Electoral Act.

“They should be guided by these so that all they do should be within the ambits of the law and would not unnecessarily escalate the tendency to use brute option get justice.”

Governor Diri, who used the opportunity to commend the state Head of Service, Barrister (Mrs.) Biobelemoye Charles Onyema (mni) for building a competent and robust civil service, said civil servants were key in the effective implementation of government’s policies and programmes.

He noted that it would be uncharitable on the part of government not to commend the Civil Service, especially the Head of Service for exhibiting resilience and commitment towards the fulfilment of the prosperity agenda of the administration.

“On this occasion, we want to single out the Head of Service for commendation for building and driving a robust, competent and responsive Civil Service that has helped in the effective implementation of the Prosperity Agenda and its policies.

“We will be very unfair and uncharitable if we don’t use this opportunity to commend the Civil Service ably led by our courageous and dedicated HOS, Barrister (Mrs.) Biobelemoye Charles-Onyeama.”

The Bayelsa Chief Executive also called on the teeming youths of the state to always ventilate their views and grievances in a manner that would not undermine the peace and security of the state.

Governor Diri urged them to take full advantage of the momentum created by the peaceful disposition of his administration, and refrain from actions which violate the rights of other people in society.

“We want to use this opportunity to caution our youths. We believe that everyone has the right to ventilate and state their positions. As we always say in this Prosperity Administration, the end of your right is the beginning of another person’s right.

“And so while we have the right to ventilate and agitate for our rights, we want it to be done within the confines of what is legal, moral, justiceable and also rightful, so that we do not in the process of trying to foster and enforce our rights, breach the rights of other citizens.

“We want to encourage our youths to always seize the opportunity and latch on the momentum created by the peaceful disposition of this government, so that they do not take the laws into their hands,” he cautioned.