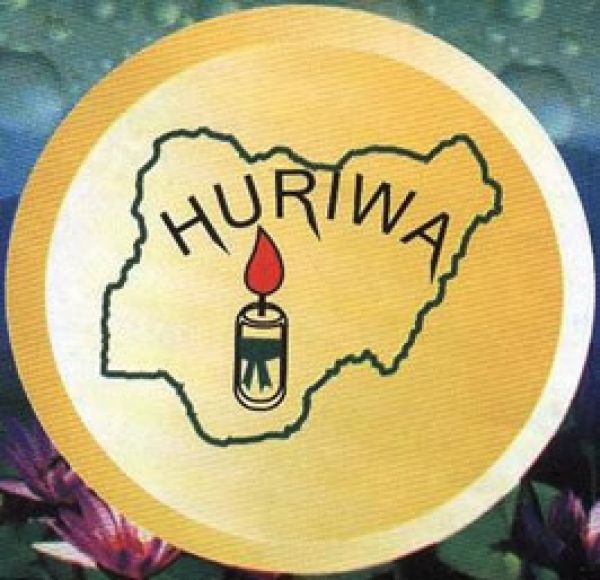 Civil rights advocacy group, Human Rights Writers Association of Nigeria, HURIWA, on Wednesday, slammed a former Deputy Senate President, Ike Ekweremadu, for what it described as tendencies and actions by his campaign team that smacked of ‘politics of desperation’.

HURIWA, in a statement by its National Coordinator, Comrade Emmanuel Onwubiko, asked Senator Ekweremadu to support zoning and back out of the 2023 governorship race in Enugu State.

The Rights group said the former Deputy Senate President is already a national statesman and a global leader and shouldn’t be associated with the local political mudslinging that some of his campaign officials and hack writers are manifesting.

The group advised the ex-deputy Senate President not to allow what looks like unbridled desperation for the office of the governor of Enugu to push his campaign team into sponsoring falsehood against the administration of Governor Ifeanyi Ugwuanyi.

It added that Ekweremadu, who hails from Enugu West zone, and had recently declared his intention to run for the governorship election in 2023, would be destabilising the political stability and peace of Enugu because it is not the turn of his zone to govern Enugu.

HURIWA wondered why Igbo leaders, including Senator Ekweremadu, have all the while campaigned vigorously for power shift to the South East of Nigeria in 2023 but only for the erstwhile Deputy Senate President who should be aspiring for higher national or global offices to now turn back to jettison power shift and zoning in his home state of Enugu as if to say what is good for the Igbo at the national level is not good for the good people of Enugu State.

The group noted that it is the turn of Enugu East Senatorial Zone to produce the next governor of the state and that zoning has been part of Enugu politics since the return to democracy in 1999.

HURIWA’s Onwubiko said, “The former deputy Senate President must avoid been overwhelmed by the pitfalls of political desperation which then means inevitably that his best bet going forward is to aspire for greatness and higher national or international offices and not that of Enugu State governor which would create instability in that beautiful state.

“Senator Ekweremadu should let peace that has reigned in Enugu to continue and not permit his campaign team or groups to peddle inaccurate claims to score cheap political objectives. He should support zoning for stability, sustainable development and growth of the society.

“HURIWA has over time affirmed support for zoning from national to local levels and we have earlier carpeted the Peoples Democratic Party, PDP, and All Progressives Congress, APC, for denying the South-East the opportunity as the most qualified zone to produce President in 2023.

“In Enugu, for seven years, the state has been comparatively peaceful and stable while the administration of Governor Ugwuanyi since 2015 has been hailed both by the Army and clerics including the Spiritual Director of Adoration Ministry Enugu Nigeria, Rev. Fr. Ejike Mbaka, for promotion of peace.

“Ekweremadu must restrain his overzealous campaign team and consider the overall progress of his home state rather than the pursuit of myopic political objectives to be governor when he should be aspiring higher national offices or global status after serving for years as a significant leader in the national and global level of representing Nigeria.

“He should avoid political desperation and let younger ones grow in his state and Enugu must stick to zoning.”

Governor Ortom has no hand in Ayu’s travails – CPS