HomeNewsI Present Myself As Expression Of Change In FCT - Senate Aspirant...
News 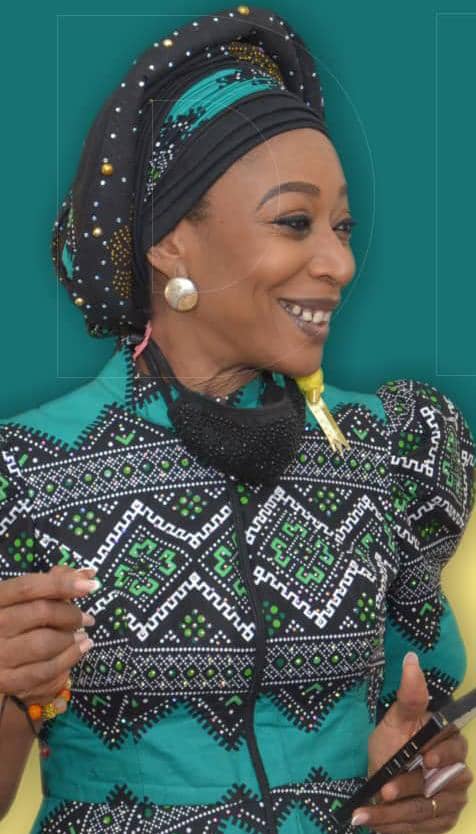 An All Progressives Congress aspirant to the Senate in the Federal Capital Territory, Mrs Dayo Benjamins-Laniyi, Thursday, told newsmen in Abuja that her aim in seeking election into the National Assembly was to usher in the change that the FCT people deserved.

According to her, through proper legislation, she would protect the interest of not only women but the generality of natives and settlers of the FCT. She said she would be in constant touch with her constituents to have ‘first-hand matters about them’.

In her words, “With proper legislation, there will be proper delivery and management of citizens’ expectations and policies alike. My decisions and proposals in the chamber will originate from my vigorous consultations with the electorate. They own the power. Both residents and original inhabitants of the FCT will be fully represented.

“I present myself as an intentional expression not just for women but for the collective people of the FCT. It is an expression of change that is desired for this time: translating apathy into action when it comes to servicing mandates of people in the 62 wards of the FCT.

“Do you realize that every community in Abuja has a tourism engagement? I represent the locals who are challenged by the paucity of legislative processes. That woman seeking this position must be empowered and mobilized by a framework of people. I am a visible voice.”

She called on women to engage in politics to protect their interests. According to her, “The 35% affirmative action takes action by the actors themselves. The judgement of Justice Donatus Okorowo of 6th April on the matter is ready for full implementation. Women need to rise.

“The fundamental principle of equality is enshrined in the 1999 Constitution, Section 17. It prohibits discrimination on the grounds of origin, sex, religion, ethnic or linguistic associations. We need to run fearlessly as women, not trying to run as men in the legislative push.”

She called for collaborative efforts towards encouraging women to participate in politics. In her words, “Men should also support profiled women to go into elective challenges. My husband gives me guidance and counselling. He is my promoter.

“A woman’s voice begins with her presence at the participatory space of engaging the conversations, and choices of the outcomes. Norms are the reason why women are dealing with the crisis of history that has attacked them in the form of equity and representation. This is not just for herself but for her nativity and nature.

“Institutions have to deliberately position women for the opportunity to serve in the political space. We should firmly represent a voice as part of a community that can together affect the outcomes of favourable decisions.”

She called on women to use their permanent voters’ cards to effect the change they deserve.

In her words, “It is the women who come out in their numbers to vote; to drive campaigns. Women in local areas take voting seriously. There needs to be vigorous advocacy so that we come to the rank and file of representation. We need more voices across party and inter-faith lines.

“You may not win always, but you have brought our defiance and courage to bear. Let’s make it a movement. When you position women with her qualities, they produce outcomes that impact an entire society, and translate into the uncommon good and deliverables for all.”

She encouraged women to be ‘better engaged politically’, adding that, “To ignore women’s participation in politics is equivalent to wrecking whatever developmental strides we have achieved as a nation and to ignore the youth is to destroy our future.”

She said if given the opportunity, she would make a difference: “From whatever background one comes, once you identify a gap in a system, the task becomes to fill it. Politics is about service. I am ready to serve.”