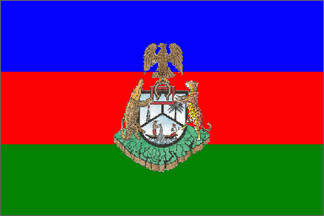 Ijaw National Congress (INC) has announced its decision to withdraw the support handed to the Rivers State Governor, Nyosom Wike over his presidential ambition.

The INC, in a statement issued yesterday in Yenagoa by the Member, National Representative Council (INC), Elder Christopher Abarowei, called on politicians who had declared support for Gov. Wike’s Presidential ambition to withdrew the support until he tenders an unreserved apology to the leadership of INC and IYC and the entire ijaw Nation

According to Abarowei, the office of the Governor of a state and President is supposed to be occupied by persons who are considered by those who voted them into office in the first place as being among the best in terms of their ability to manage success.

He said “There is a popular saying that you know a person better when you give him power.”

Governor Nyesom Wike has not disappointed those who helped him to be Governor as he has turned himself into a complete public nuisance with the way and manner he quickly insults people at the least provocation.”

“This drift into uncivilized and uncouth adventure by a state Governor is in our opinion unacceptable, undeserving and out rightly condemnable. The recent outburst in a church of all places by Governor WIKE against the Ijaw National Congress (INC) and the Ijaw Youth Congress (IYC) is a clear case of a man whose mental state has to be interrogated”, he added.