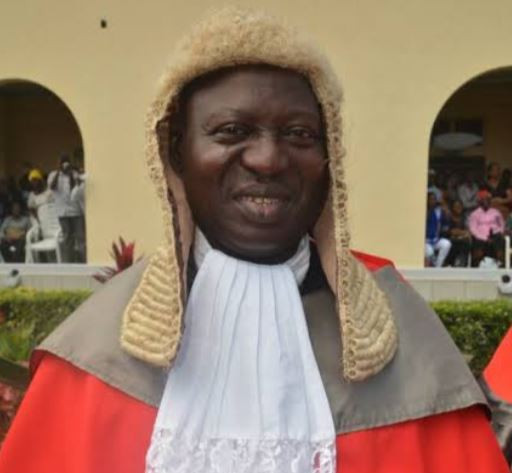 He attended the Holy Trinity Primary School, Ebute-Ero, Lagos from 1966 to 1970. He also attended Ikorodu High School, Ikorodu from 1971 to 1975 for his Secondary education, where he obtained his West African School Certificate. He later proceeded to Baptist Academy Shepherdhill, Obanikoro from 1975 to 1977 for his Higher School Certificate (HSc).

He was appointed by HE, Mr Babajide Olusola Sanwo-Olu, Governor of Lagos State on 10th June,2019 as the Chief judge of Lagos State following the confirmation of the Lagos State House of assembly.

Also in 2015, he was appointed Chairman, Lagos Settlement Week, a position he holds to date.

His other appointments include member, High Court of Lagos State Civil Procedure Rules Review Committee in 2012.

He was Chairman, Judicial Commission of Inquiry for Kwande/Ukum Local Government Areas political disturbances, Benue State which sat between May and October, 2004.

For the period between 2005 and 2014, he was Chairman, Lagos State Hajj Tribunal and member, Lagos State Local government Election Petitions (Appeal Tribunal) in 2009.

Justice Alogba began his working career as a tutor at Ikorodu High School, Ikorodu, from August 1977 to November 1977. He also taught Law at the Federal Polytechnic Idah, Benue State as a part time lecturer from November, 1981 to August, 1982.

He served as a State Counsel at the Federal Ministry of Justice, Marina, Lagos in the Mercantile and Industrial Law Division from November, 1981 to March, 1983.

He joined the Law Firm of Tayo Adesanya & Co (Solicitors) as a Junior Counsel from April 1983 to May 1984. His Principal was Dr. Michael O. A.desanya of blessed memory.

He joined the law firm of Babatunde Olushola Benson Law Office, Surulere, Lagos from June 1984 to December 1991 as an Associate Counsel, his Principal was Chief Benson (SAN).

Thereafter he established his Law firm, Lanre Alogba & Co, a firm of Legal Practitioners and Consultants in February, 1992.

The CJ has attended many local and international professional courses prior to his becoming the Chief Judge.

To date, he is a member of the Commonwealth Magistrates and Judges Association.

The CJ’s hobbies include reading, football and tennis ball.

Justice Alogba is married and has children.