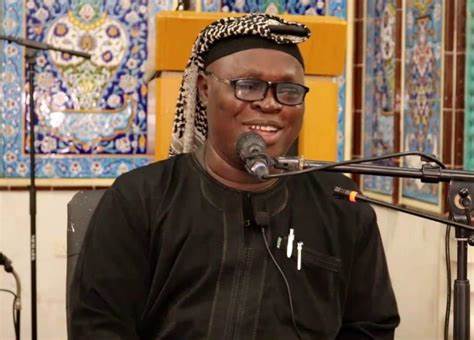 An Islamic human rights advocacy group, the Muslim Rights Concern, MURIC, has commended President Muhammadu Buhari for granting presidential pardon to the 54 soldiers for whom the organization had been pleading.

The 54 soldiers are among the 24 convicts and 86 ex-convicts recently pardoned by the President.

MURIC, in a statement signed by its Director, Prof. Ishaq Oloyede and made available to our correspondent on Wednesday in Abuja, said the presidential pardon has confirmed that Buhari “is not only very much alive, he is also compos mentis”, adding that “a man whose brain is dead cannot grant a plea or implement a request presented to him within seven weeks.”

The statement recalled that a special appeal for presidential pardon for the soldiers was among the issues raised by the director of MURIC during his courtesy visit and subsequent discussion with President Buhari in Abuja recently.

Ishaq stated that by including the soldiers among those pardoned, President Buhari has pitched his camp with those who show mercy to the oppressed.

“Those who have been following the case of the 54 soldiers in particular will understand what we mean. They were accused of mutiny because they requested for better weapons to confront Boko Haram insurgents who were armed to the teeth.

“They were first sentenced to death by a military court in 2014. MURIC’s intervention and the legal expertise of foremost human rights lawyer, Femi Falana (SAN) resulted in commuting their death sentence to ten years in jail. It was a long struggle but we stood by them all the way until they were granted presidential pardon.

“This is one of the reasons critics need to exercise restraint, particularly on the issue of presidential pardon. Cases need to be treated on their own merit and only the leadership has the larger picture. The general public only has the narrow and parochial confines.

“For example, the two governors who were pardoned enjoyed that facility ‘on ground of life-threatening illness”, but critics nearly brought the sky above Nigeria down because they were pardoned.