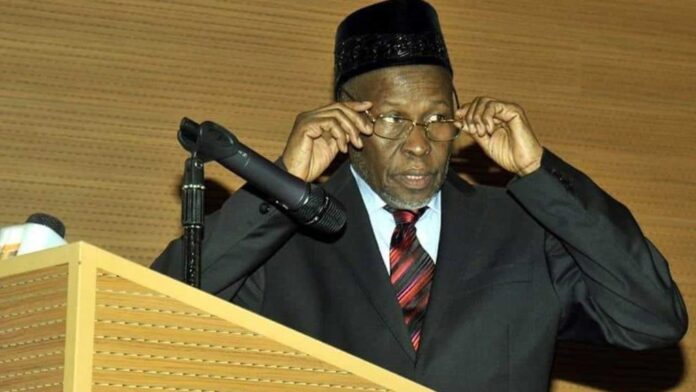 Worried by the multiplicity of litigations of political suits at different Courts of coordinate jurisdiction across the nation, resulting in conflicting orders on the same issues and facts, the National Judicial Council at its 98th meeting of 10 and 11 May, 2022 under the Chairmanship of the Chief Justice of Nigeria, Justice Tanko Muhammad, has issued a new Policy Directions in order to remedy the situation.

This was as the Council considered the list of candidates presented by its Interview Committee and recommended 49 successful candidates for appointment as Heads of Courts and other Judicial Officers in Nigeria.

Council also received Six (6) notifications of retirements and One (1) notification of death from the Federal and State High Courts.

The Directions to all Federal and State Courts reads as follows:

“Pursuant to the powers vested in the National Judicial Council by the Constitution of the Federal Republic of Nigeria, Schedule III, Part I, 21 (i).

These Policy Directions shall apply to all suits filed in any Court in Nigeria wherein the parties include Independent National Electoral Commission (INEC), any political party or its officers, any other person, natural or legal, suing or sued for a declaration in relation to any action taken or to compel or restrain any action or omission with respect to the affairs of a political party or any election into a public office.

A statement yesterday, by Soji Oye, Esq, Director, Information, NJC said these Directions seek to: “Prevent the multiplicity of litigations at different Courts of coordinate jurisdiction across the nation, resulting in conflicting orders on the same issues and facts; Recognise that Courts need to embrace prudential limitations on their powers with a view to curtailing the incidences of unscrupulous forum shopping disrupting the administration of justice and the democratic process; and acknowledge that the circumstances necessitate further administrative measures and procedures to complement and support the judicial process.

“Without prejudice to the powers of Election Petitions Tribunals constituted pursuant to the provisions of the Constitution of the Federal Republic of Nigeria.

“Pending the Constitution of a Cross Jurisdiction Litigation Panel (CJLP) to give directions on appropriate litigation for a cross jurisdiction litigations: All suits to which these Policy Directions apply shall be filed, received, or entertained only at the High Court of the Federal Capital Territory in so far as the relief sought, or potential consequential order (s) or declaration (s) may restrain or compel persons or actions beyond the territorial jurisdiction of any one State.

“Where such suits are within the exclusive jurisdiction of the Federal High Court, they shall be filed or received at Abuja and assigned by the Chief Judge of the Court;

“All such Suits wherein the cause of action arose in a State and the relief seeks a declaration or to compel or restrain person (s), natural or legal, within that State’s territory, with no consequence outside the State, shall be filed, received, or heard only in that State;

“All Heads of Court shall assign cases or constitute panels with a view to forestalling the incidences of conflicting judgements and rulings”, it added.