PDP and the zoning formula 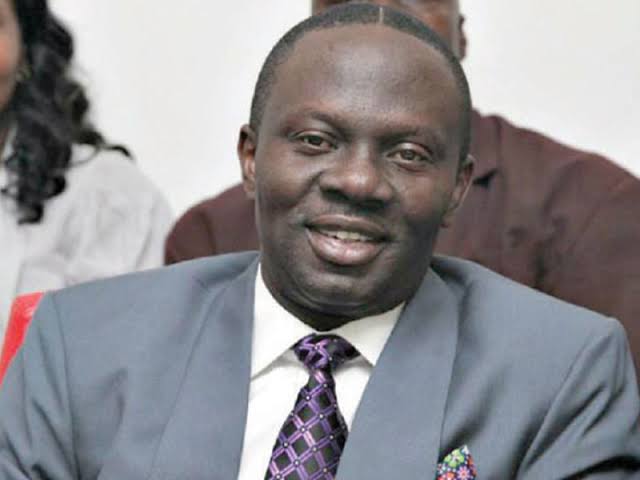 The outcome of the meeting of the National Executive Committee on zoning did not come as a surprise because I knew from day one that Dr. Iyorchia Ayu-led executives were working from answer to question because of pecuniary interest. When you have a National Chairman who reportedly returned N405m naira to the EFCC, you can’t trust such a person let alone allow him to take charge of opposition politics at such a delicate time in the history of Nigeria. Dr. Ayu’s first major assignment of following the dictates of the party constitution has ended up in abysmal failure. How do you jettison your constitutional provisions because you want to crookedly plot the ticket of the party for Alhaji Atiku Abubakar. It is obvious that Dr. Ayu is pretentiously working for Alhaji Atiku Abubakar, and in the process trying to upturn the zoning arrangement. How do you reconcile the hypocrisy in asking the Central Bank of Nigeria Governor Godwin Emefele to resign because you feel he didn’t respect the CBN Act, when you have also jettisoned the party’s constitution; such double standard posturing. Nigeria democracy has a long way to go because people are never honest and altruistic. Due to corruption, some will even forget their names or where they come from.

How do you expect such a foundation member of the party to be honest and transparent? How can you abandon your constitutional provision as if it was an unnecessary provision, simply because you want Alhaji Atiku Abubakar to contest the election against the run of play? Why can’t leaders be honest with their own rules and regulations, yet they want Nigerians to take them serious? For jettisoning zoning, PDP will pay dearly for it some day. It may not be now, but certainly later. Give us the wrongest candidate, and you all will see how Nigerians will return APC back to power. An injustice of this nature cannot endure the test of time. You cannot deny the South an opportunity to have their turn simply because you have someone somewhere beating the drum for you. You have the National Chairman in the North, yet you are plotting to have the party’s candidate from the North, making the Southern axis of the country mere spectators or what? Dr. Ayu is a huge disappointment. He’s been fondling with Edo PDP crises, treating the issues with kid gloves when he was expected to be firm and transparent in calling the Governor to order. He speaks with tongue in cheek, trying to twist logic and pretend that all is well, when in fact all is not well. When they read the party’s constitution, they turn it upside down because of fear of the unknown.

If by political accident, they succeed in their plot to feature a Northern candidate, Iyorchia Ayu should be prepared to resign his position immediately without further delay. He cannot eat his cake and have it, or take the Southern part of the country for granted. All those Southern PDP Governors who are part of the plot to foist a Northern candidate on the party will soon be exposed to all. We will treat them like black sheep of the Southern Nigeria family. We will accordingly chronicle their political trajectory and put them where they belong. We will expose them openly to all and sundry as enemies of the South, and those who have stabbed the South in the back. We will not allow them to rest. Their devilish history will be exposed. We already know those Southern Governors and their conspirators. At the appropriate time, we will expose them. The struggle to have a Southern candidate of the party continues. Whatever plot they intended to execute will amount to nought.