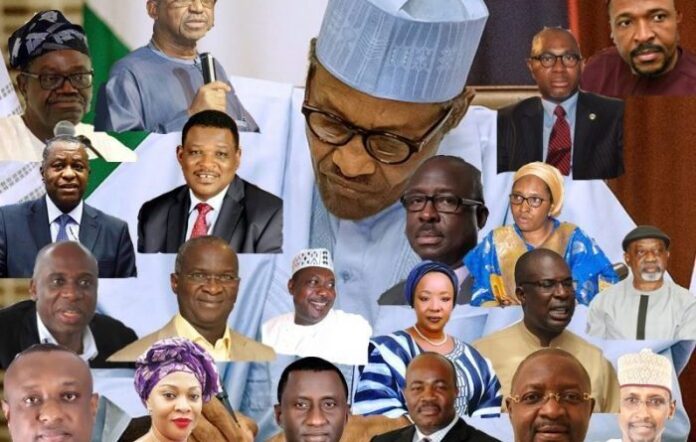 *Says those willing to contest elective offices should resign on or before Monday, May 16

President Muhammadu Buhari, Wednesday, ordered every member of the Federal Executive Council who has ambition to contest elective offices should resign on or before Monday May 16th, 2022.

The Minister of Information and Culture, Lai Mohammed, made the disclosure in Abuja while briefing State House Correspondents at the end of Federal Executive Council (FEC), presided over by Buhari.

Speaking with State House Correspondents after the cabinet meeting, the Information Minister said “the mandate I have from the President is to announce that all members of the Federal Executive Council contesting for elective office must resign their ministerial cabinet appointments on or before Monday the 16th of May, 2022.”

On the fate of other political appointees like the Central Bank Governor, Godwin Emefiele, who might also be running for the post of President, the Minister explained that the directive is likely to be extended to non-cabinet members.

His words: “As of this moment, the mandate I have is for members of the Federal Executive Council.”

“Subsequently it might affect other political appointees but that will be made known. If there is going to be any amendment or any inclusion, you will be informed in due course”, he added.

This is just as the President commended the Minister of State for Education, Emeka Nwajuiba, for tendering his resignation ahead of yesterday’s weekly Federal Executive Council (FEC) meeting at the State House, Abuja.

Presidential spokesman, Garba Shehu, in an interview said the President’s directive to the affected Ministers was with immediate effect.

Also commenting on the issue, presidential spokesman, Mallam Garba Shehu, said President Buhari at yesterday’s FEC meeting asked the ambitious Ministers to toe the footsteps of the Minister of State for Education who resigned before the FEC meeting.

Garba who spoke in Hausa language after the Cabinet meeting said “the President has given a directive to ministers who purchased nomination forms to contest for the Presidency.

“He told them to follow the example of Minister of state for Education, Nwajiuba who purchased the form and tendered his resignation. The President said anybody who bought a form to contest any elective position, excluding the Vice President, should immediately resign and face his ambition. That is the directive he gave.

“First of all, anyone aspiring for the Presidency should not remain in position. What I want people to understand is that whether there is law or no law the President is the one who appoints and he has power to remove any appointee. He has asked them to immediately resign so we are waiting to see what they will do”.

He added that a Circular will soon be issued by the Secretary to the Government of the Federation explaining the category of political appointees to be affected by the Presidential directive.

“I will advise that you wait for the circular that would be issued by the Secretary to the Government. The circular will explain in detail those affected,” Garba said.

The Ministers affected by the presidential directive include that of Transportation, Rotimi Amaechi; Niger Delta, Godswill Akpabio; Labour and Employment, Chris Ngige; Science, Technology and Innovation, Ogbonnaya Onu; Minister of State for Education, Emeka Nwajiuba; his Petroleum Resources counterpart, Timipreye Sylva, who have joined the presidential race on the platform of the ruling All Progressive Congress (APC).

Gender issue fundamental in any democracy, for fairness, equity – INEC