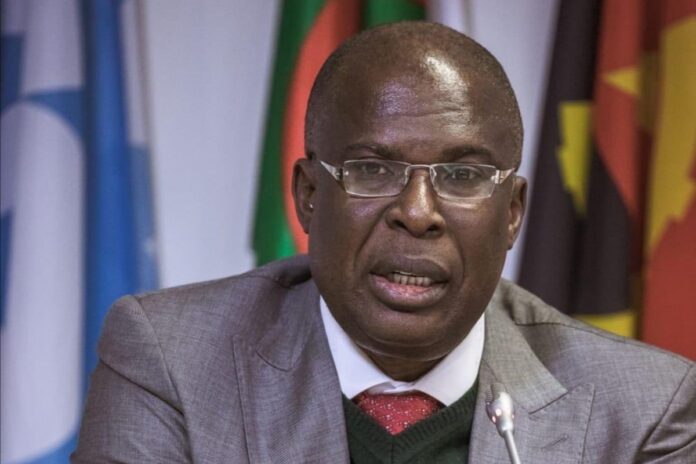 Nigerian Minister of State for Petroleum Resources Timipre Silva has said that over the years Nigeria Government had shown leadership in ensuring that West African Gas Pipeline Project WAGPA is properly positioned to ensure that the objectives of founding fathers of the organization were achieved.

The Minister of State made this known during the opening ceremony of WAGPA Committee of Ministers Meeting in Abuja last Tuesday.

He assured that Nigeria will continue to work with all stakeholders for the improvement of the project performance, adding that ‘there are more to achieve and we are determined to get to the zenith of our targets, which are to deepen gas supplies and utilization within the ECOWAS sub-region’.

The Minister said the West African sub region is lucky that the global community has classified gas as part of renewable energy, stressing the need for the sub region to harness abundant natural gas deposits within the borders before it’s too late.

According to him, “Since we cannot but join the global energy transition train we must hurry to explore and exploit the abundant natural gas deposits within the borders of our respective countries.”

“On the institutional level, the meeting today is a follow-up on the extraordinary meeting of the Committee of Ministers held in Accra, Ghana on 16 November 2021 to consider issues related to the appointment of the Director General (DG) of WAGPA.”

Chief Sylva, further explained that the cooperation among member nations on the WAGPA has paid off with numerous accomplishments achieved in record time.

He also enumerated projects achieved through through cooperative efforts of member countries to include Project completion in 2011; Open Access implemented in 2012; Improved gas availability; Takoradi-Tema Interconnection Project (TTIP) which has significantly increased gas flow through the WAGP.

Others are lifting of Force Majeure that was in place by Nigeria Gas Company (NGC) between June 2013 and October, 2020; the reforms of the Access Code to the WAGP Network Code; and the ongoing amendment to the WAGP Act and the WAGP Regulations which ultimately among other things will give a licensing power to WAGP Authority to oversee the activities of the Shippers as it relates to the WAGP, for free and fair business environment on the WAGP.

“Distinguished colleagues, we are gathered here today, in this beautiful city of Abuja, to deliberate on the major issue of institutionalizing WAGPA as a dependable sub-regional ECOWAS institution. The solution that emerged from our discussions in Accra, in November 2021 which is to move ahead with the appointment of a Nigerian as a Director General for WAGPA is very critical.

“Dear colleagues, I know we have some differences in respect of the appointment of the DG but I am confident that through a common understanding, which has been the hallmark of this body, we will all agree to respect one another’s existing right under the WAGP Treaty in the interest of mutual respect for one another as partners in this Project, which we all know is governed by a binding treaty and agreements.

“As parties to the treaty and the agreements, we should all be guided by the applicable provisions of these legal instruments especially section 4(2) of Article IV of the Treaty, which guides the appointment of the Director General of WAGPA.

“It is clear that section 4(2) of Article IV of the WAGP Treaty does not discriminate against any State Party in the appointment of the Director General of WAGPA and by my letter earlier to you my dear colleagues, I have conveyed this express position of the Treaty.

“In the circumstances therefore, I will seek the understanding and cooperation of all of to be guided by the provisions of the Treaty in reaching a sustainable, profitable and fair decision on this matter.

“It cannot be argued otherwise that in a situation like this, to be guided by the Treaty, which brought the State Parties together is the most dependable internal mechanism provided for conflict resolution. It would be most unfair to disregard an applicable provision of the Treaty in violation of the existing right of one of the parties to the Treaty” he said.