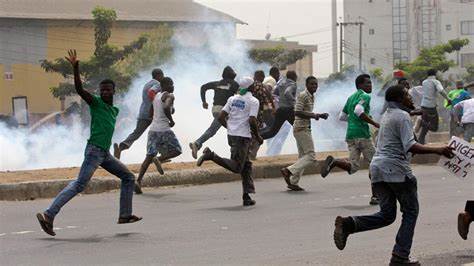 No fewer than three persons were reportedly killed on Wednesday morning during a fresh attack on Inen community, Oruk Anam Local Council by unknown gunmen.

It was gathered that the victims were killed in their different houses after they were robbed by some hoodlums who arrived the community in a motorcycle convoy.

An eyewitness, Johnson Akpakpan told newsmen that the first house the hoodlums attacked was the same place where a victim of last year’s cult clash Mrs. Choice Etuk was almost killed but rescued through the intervention of the governor’s wife Dr Martha Emmanuel.

Akpakpan said the hoodlums accosted Etuk’s step son before they killed him and escaped with the victim’s brand new motorcycle.

“The hoodlums whom we suspect to be cultists from neighbouring communities proceeded to Elder Sunday Jumbo’s compound and killed the second person before they killed the third victim and bolted away with a “POS” machine.” He narrated.

Another eyewitness who pleaded anonymity however said, “I cannot establish whether the group is Debalm or Iceland confraternities. But we are suspecting that they are not robbers. If they were robbers, they would have collected the motorcycle, money and “POS” machine without killing the victims.

“We are shocked that this incident has returned to our community after the whole village was deserted last year because of cult related killings. We don’t want to do it again, we are living in fear now, nobody knows what will happen next,” he lamented.

Meanwhile, the Chairman of OrukAnam Local Council, Mr. Kingsley Frank has mobilized a joint security team to restore peace in the area with an ultimatum to all cultists in the community to fetch out the perpetrators of the crime.

Contacted, the State Police Public Relations Officer, Odiko Mcdon confirmed the incident but explained that there were conflicting reports regarding the number of victims in the incident.

“There is a conflicting report concerning the number of victims involved. But as a command, we have commenced investigation to avert more killings. We are out to establish the cause of the incident. We are determined to ensure that the culprits are brought to book.” Macdon said.