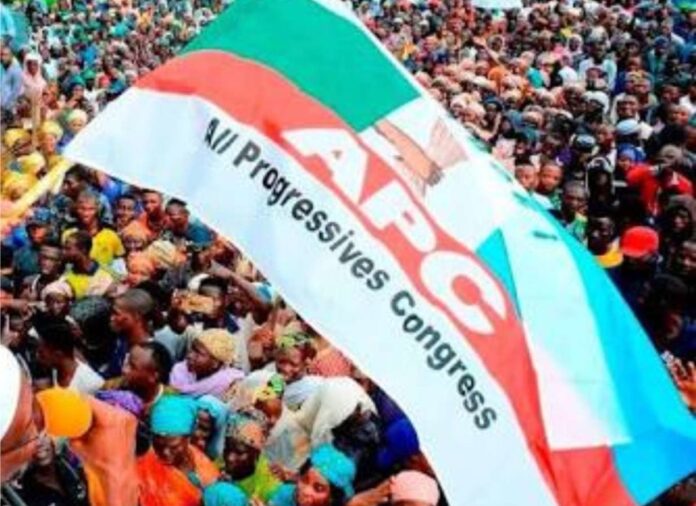 International Conference Centre, ICC, Abuja, was Thursday a beehive of activities as aspirants on the platform of All Progressives Congress, APC, ramped up submission of their nomination and expression of interest forms ahead of Friday deadline.

The ruling APC had in a revised timetable and guidelines of activities released Wednesday announced Thursday 12th May as deadline for sale of forms and Friday 13th May, 2022 as deadline for submission.

Top on the list of aspirants who submitted forms yesterday was Gombe State governor, Alhaji Mohammed Inuwa Yahaya, who was represented by his Chief of Staff, Alhaji Abubakar Inuwa Kari, who expressed confidence in the success of his principal at the 2023 governorship election.

Alh. Kari assured that Gombe would experience greater development in the next four years under the leadership of governor Yahaya.

“Any person that goes to Gombe now knows that Alhaji Muhammadu Innua Yahaya has transformed Gombe over the last three years.

“The people of Gombe are grateful for what he has done. You go to Gombe today, you know you’ll see a new Gombe. And like one of his colleagues said when he came a few weeks ago, he called my principal the quiet storm. Gombe has changed and Gombe is for the better. So I invite you to come to Gombe and see for yourself,” he said.

Also at ICC yesterday to submit his nomination forms was former Attorney-General of the Federation and Minister of Justice, Mr. Mike Aondoakaa, who is contesting the governorship election of Benue State in 2023.

Addressing journalists at the venue, Mr. Aondoakaa, said his vision was to tackle insecurity and make Benue State a peaceful State.

“My dream is to make sure that all citizens living in Benue have equal rights, opportunities to do their activities. Those who are doing business, farming should do their business harmoniously. That is number one. Once we secure the state effectively and we also ensure that people live in peace with one another without saying this man is Hausa, this one is Igbo this one is Tiv, then we can make progress in the state,” he said.

On his part, another Benue State governorship aspirant, Mr Samuel Odeh, after submitting his forms, said his priority if elected governor would be job creation.