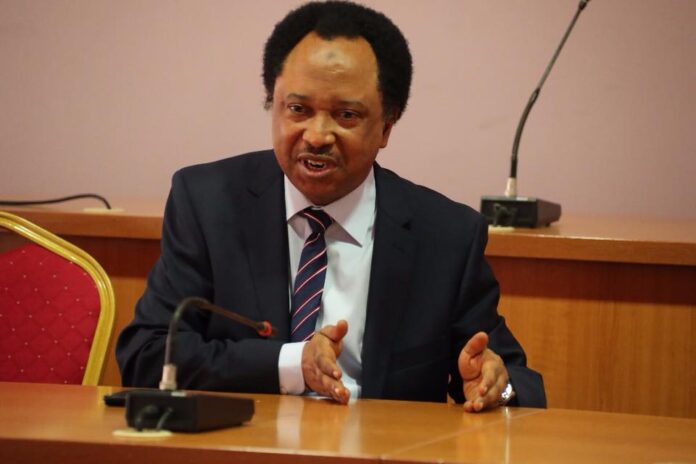 As the 2023 general elections in the country draw nearer, a former lawmaker, Senator Shehu Sani on Thursday urged the country’s leaders to honour any unwritten agreement of transfer of power from the North to the South to ensure peace.

Sani was a Guest Speaker’s Lecturer at a two-day Seminar organized by the Asaba Correspondents’ Chapel of the Nigeria Union of Journalist (NUJ) entitled; “Good Governance and Democratic Sustainability Vis-A-Vis Electoral Process”.

He said that for peace and unity of the country there should be fairness, equity and justice in the process of governance in the country.

“Nigeria given its numerous challenges needs leaders with the capacity and competence to steer the country to the path of recovery, growth and development.

“What will create unity in the country is not the constitution but equity, fairness and justice, and leaders should be patriotic,” he said.

He advised Nigerians to be part of the political system by acquiring their PVCs to evict those who have failed at all levels of governance.

“Democracy is not a gift or lottery given to us by the military but a product of struggle and sacrifice.

“This democracy was a product of sweat and blood of some people and we have a duty to protect it. Nigerian democracy has been a challenging one but we have survived.

“Each time election is close by, there is always a prophecy of doom, politicians do not see the office as a way to serve the country but a way to conquer,” he noted.

On security, he expressed the need for leaders to combat the menace, which according to him, had led to loss of lives and property and grossly affected the economic lives of Nigerians.

He called on Nigerians to unite in the face of insecurity and other challenges.

The governor while urging the people to play active role in the forthcoming elections by obtaining their PVCs, pledges to continue to deepen the intra rural and jobs creation policies and programmes in the state.

Okowa charged the journalists to remain committed in the task of building Delta and ensuring peace and unity through their reportage.

Earlier, Mr. Dominic Adewale, Chairman of the Asaba Correspondents’ Chapel commended the governor for being steadfast in deepening development in the state despite the electioneering demands.

‘Decorating CGI With His Full Rank Will Bring Sanity To The System’–Amb. Hussaini Coomassie