SENATOR ORJI UZOR KALU IS THE BETRAYAL OF HIS ETHNICITY 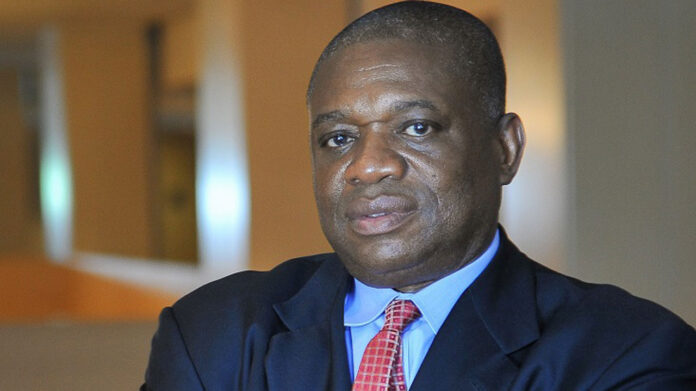 Senator Orji Uzor Kalu, one of the oldest vocal frontline politicians in South East, who had earlier given the impression that he will die for the Igbo course despite his behavioural attitude, but I doubted his insincerity and transparency. I first heard of Senator Orji Uzor Kalu, many years ago, when he was an active student of University of Maiduguri, in North East. I met him in person for the first time in Amassoma, the hometown of the late first civilian Governor of Bayelsa State, Chief DSP Alamieyeseigha, when Senator Orji Uzor Kalu, as Governor of Abia State visited him. He drove round the known river in a luxurious riverboat on a sea side. We had pleasant discussions. I found in him a patriotic, courageous Nigerian who singularly attacked President Obasanjo on his corrupt practices, and stood by his charges when President Obasanjo threatened him with EFCC. Since then, we became very good friends, and he used to visit me in my house in Abuja. Sometimes, honouring me interviews as proprietor of Sun Newspapers.

Senator Orji Uzor Kalu was convicted by the Lagos Division of the Federal High Court on Thursday 5, December 2019 and sentenced to 12 years in prison for #7.65 billion fraud. He was convicted for defrauding the Government of Abia State where he was a Governor for 8 years using his company SLOK Nigeria Limited. On Friday, 8 may 2020, the Supreme Court of Nigeria ruled that his trial was wrongly conducted and released him from prison while ordering a retrial of the case out of Court.

Today, the criminal charges of corruption for which EFCC charged him in Lagos High Court are still hanging on his head, even though, he got a temporary discharge by the Supreme Court judgement on his co-accused. Even though, Senator Orji Uzor Kalu, was not a party to that Supreme Court judgement, the discharge of his co-accused also affected him. Senator Orji Uzor Kalu, shamelessly ran back to the Senate after spending about six months in prison to assume a position as the Chief Whip of the distinguished Senate of the Federal Republic of Nigeria, because we are in the country where anything can happen.

Recently, Senator Orji Uzor Kalu, publicly announced to Nigerians that he will drop his Presidential ambition if the Presidential seat was not zone to the South East. He even went to the extent of floating an organization known as Njiko Igbo Movement, whose purpose is to help secure the Presidential seat for a Nigerian citizen of Igbo extraction, Because an Igbo has only held the position of a Head of State for 6 months since Nigeria’s Independence. The Movement has branches and support groups throughout the Diaspora. Senator Orji Uzor Kalu, launched the organization together with former Nigerian Senator, Emmanuel Onwe, a human rights advocate and lawyer, earlier based in United Kingdom.

Unexpectedly, the same Senator Orji Uzor Kalu, did not only drop his ambition to contest the Presidential election, but also declaring his support for the Presidential ambition Distinguished Senator, Ahmad Lawan, from Yobe State in North East on puerile and misinformed reasons that only South-East and North-East has not produced civilian Head of State in Nigeria.

To quote him from the Sun Newspapers of Tuesday, May 10, 2022, he said;
“In the absence of a South Easterner being president of Nigeria in 2023, I have my full support for a North Easterner. This is because it would be the closest to the equity, fairness and Justice everyone is talking about. It further means that the justice is on its way to the South East”.
This most dishonest and shameless statement from a Senator of the Federal Republic of Nigeria shows clearly that this is another Igbo man, who is out to betray his people simply for selfish reasons. Both the APC and the PDP has not officially decided against zoning of the Presidency to the Southern Nigeria. Why is Senator Kalu jumping the gun, if he has no ulterior motive.

There are many Igbos from the South East, who are in the Presidential race, particularly, in his political party, APC, that are available and willing to receive the support of their brother, Senator Orji Uzor Kalu, but he is insincere and dishonest. Why is he supporting the North-Eastern Presidential aspirant against his fellow Igbo men from the South-East?

It is a blatant lie and fraudulent for Senator Kalu to say that the North-East is the nearest to the South-East for States that have not produced the Head of State or the President of Nigeria. As a Senator, I expected him to know that Alhaji Tafawa Balewa, who was the Prime Minister of Nigeria between 1957 and 1966, was from Bauchi State in North East.

In Parliamentary Government, which Nigeria was practicing until 1966, the Prime Minister was the Chief Executive of the Government and was equivalent to the post of Head of State or President from 1979. It is therefore not true that the North East of Nigeria has not presented or provided a Head of State or President of the Federal Republic of Nigeria.

I call on the South East leaders to sanction any of their sons or daughters trying to betray them, otherwise, your case will be jeopardized from your home.

2. Recently, the Southern 17 State Governors, consisting of APC and PDP, met in Asaba, Delta State headquarters, and Lagos, resolved that the next President of Nigeria in 2023 should come from the South in keeping with the conventionally agreed rotation for the Presidency between North and South. This decision which cut across party lines gladdened the hearts of all patriotic Southerners. This resolution did not only conform with the conventional practice by the two major political parties, the PDP, and which has actually provided for the rotation of the Presidency between the North and the South in the party’s Constitution in 2009, and which was adopted by APC in 2014.

In 2014, when the newly formed APC held it first primary in Lagos, the Presidency was zoned to the North, and only Northerners including President Muhammadu Buhari, Alhaji Atiku Abubakar, from Adamawa State, Rabiu Musa Kwankwaso, of Kano State, and Nda Isiah from Niger State contested the Presidential primary. Rochas Okorocha, was mainly participated in accordance with his usual ritual of participating in every election, and in this particular case, he scored no vote, because he was from the South. Both the Northern and Southern Delegates rejected him.

Similarly, in 2018, in accordance with PDP Constitution, allowed only North to contest the Presidential election, and it is very shameful, fraudulent and disgraceful for eminent personalities like; former Vice President, Alhaji Atiku Abubakar, former Senate President, Bukola Saraki, and Aminu Tambuwal, Governor of Sokoto State, for arrogantly breaching the Constitution of PDP, posing as if they are indispensable. Once again, I appeal to them to understand my feelings having regards to the role I played as the leader of Southern and Middle-belt Leaders Forum (SMBLF), leading to Presidential primary in Port Harcourt, the most peaceful, fair and credible primary election, conducted by the Governor of Delta State, Senator (Dr.) Arthur Ifeanyi Okowa, considered as one of the best.

All Southerners cooperated with them in the primary and the Presidential elections.

Please, let your ambition be made or sterner stuff for Nigeria to survive as a united country, and as equal citizenship.