HomePoliticsWe Are Determined To Take Development Round Osun - Oyetola.....
Politics

We Are Determined To Take Development Round Osun – Oyetola….. 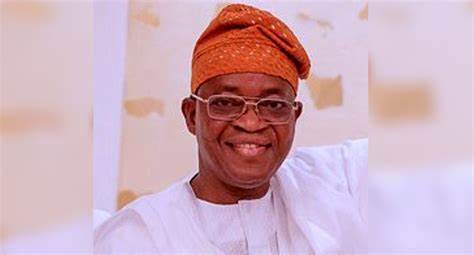 Governor of Osun, Mr Adegboyega Oyetola has again reiterated the commitment of his administration to take development to every community of the state and continue to put smiles on the faces of the masses.

The Governor stated this on Tuesday while playing host to some community heads in Ikire who came to thank the Governor for bringing rapid development to area in his first term in office.

The Governor who was represented by the Commissioner for Finance, Mr Bola Oyebamiji stated that one of the primary objectives of any responsible governor is to ensure the growth and development of the entire state.

Oyetola stated further that despite the harsh economic situation ravaging governments all over the world, his government will continue to put smiles on the faces of the people by ensuring that they enjoy the dividends of democracy.

He said the Infrastructural development of towns and villages in the State is part of the resolve of his administration to take growth and development to all the nooks and crannies of the state in the shortest possible time as promised to the people.

According to the governor, “Apart from security, one of the primary reasons why government is in place is to develop the society. As a government, we are ready to take development to every nook and cranny of our state.

“This is our commitment to the people who voted us into office, it is for this reason we are in office and we will continue to do all we can to put smiles on the faces of our people no matter the challenges we face.

“Despite the array of challenges facing our finances, we shall continue to strive to improve our Internally Generated Revenue to improve the lives of our people because their welfare remains paramount”. Oyetola stated.