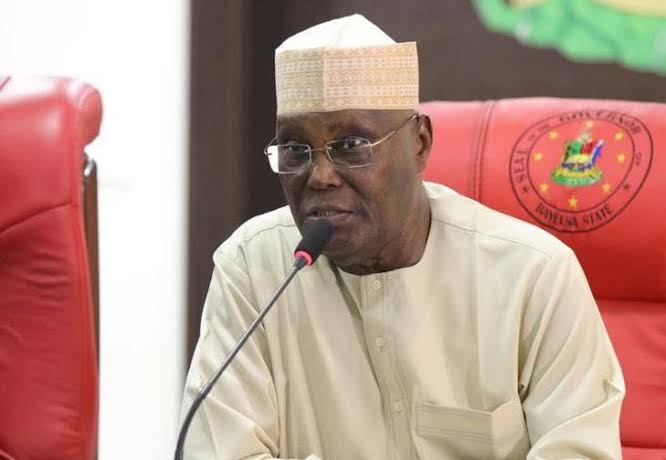 Our correspondent reports that the former Vice President who arrived at the Plateau State PDP Secretariat at about 2:19pm was visibly distraught seeing a cream of print and broadcast Journalists as he repeatedly ordered them out saying “I have nothing to do with journalists. I’m here to see delegates”.

The order by the PDP presidential aspirant was almost a motivation for the gun welding and overzealous security details that then attacked reporters, causing a stampede, and damaging the tripod and camera of the Channels Television crew.

It is the first time a presidential aspirant visiting the PDP state secretariat in Plateau state will take a definite stance on journalists not to provide coverage for such kinds of visits in the past three weeks.

With a total of 85 national delegates from Plateau, the former Vice President is in a desperate move to sway delegates to cast their ballots for him during the presidential primaries of the leading opposition party.