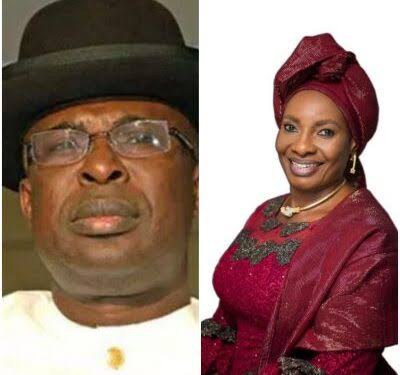 Minister of State for Petroleum, Timipre Sylva, on Monday withdrew from the presidential race, saying that he wants to concentrate on his job as a minister.

The minister had declared his interest in running for the nation’s number one seat under the platform of the ruling All Progressives Congress, APC, and had gone ahead to pay N100 million to purchase the nomination of interest form.

An official in the ministry, who confirmed the withdrawal on condition anonymity to newsmen, said Sylva withdrew from the race to support President Muhammadu Buhari in his quest to achieve a robust oil sector.

“He promised to consult the leader of the country and his political leaders the day he was presented with the form.

“He believes that concentrating on his work will attract more investments for the oil and gas sector.

“He has consulted and he believes that the challenges at the ministry and oil and gas sector are enough issues for him to begin to deal with now rather than going to pursue presidential ambition at the expense of the nation.

“The oil and gas sector is the mainstay of the economy and it is not like any other ministry; somebody can just come in and take over.

Also, the Minister of Women Affairs, Pauline Tallen, on Monday announced her withdrawal from the senatorial race ahead of the general elections in 2023.

She made the announcement in a statement on Monday – the final day to decide whether to resign as minister to pursue her political ambition or to reconsider the move.

Tallen, who initially announced to contest for the Plateau South senatorial seat in the National Assembly, had picked the expression of interest and nomination forms of the All Progressives Congress (APC).

She was one of the 10 ministers President Muhammadu Buhari had directed to resign if they must contest for any political office in the 2023 elections.