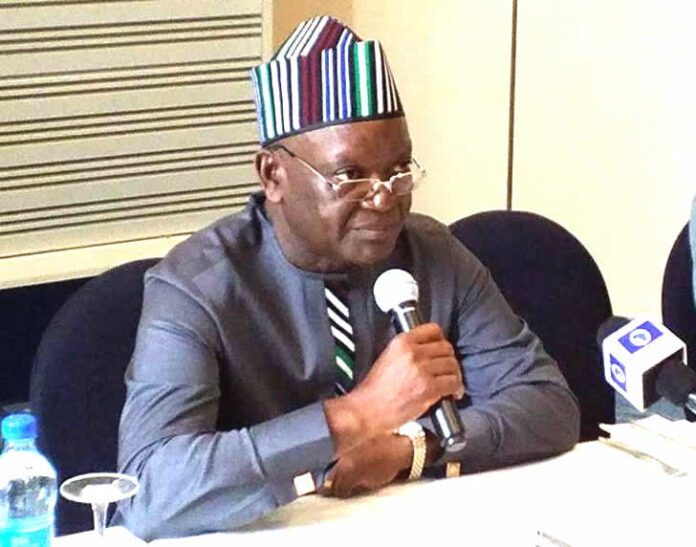 BENUE State Governor, Samuel Ortom, has assured all aspirants constesting elective offices in the People’s Democratic Party, PDP in the forthcoming party primaries scheduled to elect candidates for next year’s general election of fairness and transparency.

Governor Ortom, according to a statement signed by his Chief Press Secretary, CPS, Nathaniel Ikyur, gave the assurances at the enlarged caucus meeting of the party held Sunday at the New Banquet Hall of the Benue Peoples House, Makurdi.

He stated that in compliance with the amended Electoral Law, 2022, all aspirants who obtained nomination forms and have been screened are free to participate in the primaries, pointing out that he had no anointed candidate for any of the elective positions.

The Governor reaffirmed his readiness to support and work with candidates that emerge at the primaries, saying the victory of the party in the 2023 polls was his major preoccupation.

He cautioned against blackmail, stressing that no aspirant should think of using thugs to cause confusion during the party primaries as anyone caught will be decisively dealt with.

Governor Ortom dispelled insinuations that the party was disunited in the state, pointing out that he enjoys a smooth working relationship with the national chairman of the party and all critical stakeholders.

The Governor directed the party chairman in the state, Sir John Ngbede to furnish all aspirants with the comprehensive list of delegates who would participate in the process.

The State Chairman of the PDP, Sir Ngbede, in a remark, told serving political appointees who have presented themselves as delegates to withdraw from participating in order not to contravene the electoral law.

Earlier, chairmen of the caucus leaders from the 14 Tiv speaking and the nine from the Idoma speaking areas respectively submitted reports on the ongoing process to arrive at a consensus candidate for the governorship ticket.

Chairman of G-14, Dr Laha Dzever and that of G-9, Sir Moses Ajima had stated in their separate reports that they were yet to reach a compromise but had resolved to go into the primaries to nominate a governorship candidate for the party.