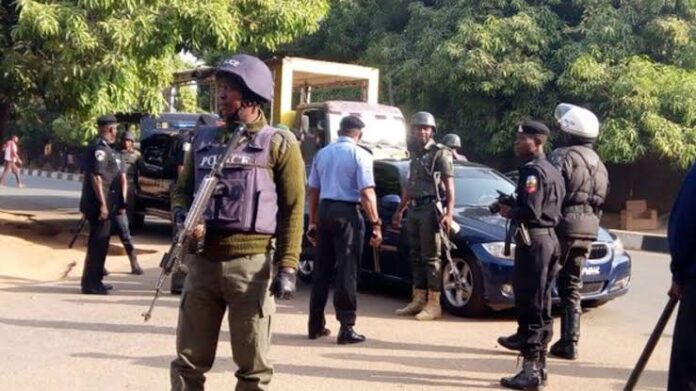 The Police Command in Borno has defused a bomb planted by Boko Haram and Islamic State of the West African Province(ISWAP) insurgents at Dalori Internally Displaced Persons Camp(IDPs) in Borno.

The Commissioner of Police (CP), Abdu Umar, confirmed the incident at a news briefing in Maiduguri.

NAN also reports that the bomb scare began at about 6:00am when a an item concealed in a sack thought to be an Improvised Explosive Device, was spotted causing the resident at the camp to abandon their shelters and flee.

Umar said that the Explosive Ordnance Disposal (EOD), personnel of the command were immediately dispatched to the scene for disposal and evacuation.

“An unidentified element suspected to be an IED planted inside a plastic bucket with a panel close to the fence of the camp by suspected insurgents was discovered.

“The IED was successfully defused by the EOD team without causing any casualties,” he said

The Commissioner of Police noted that the general area had been sanitized, urging people to go about their lawful business.