Why Daniel remains a blessing to APC in Ogun State 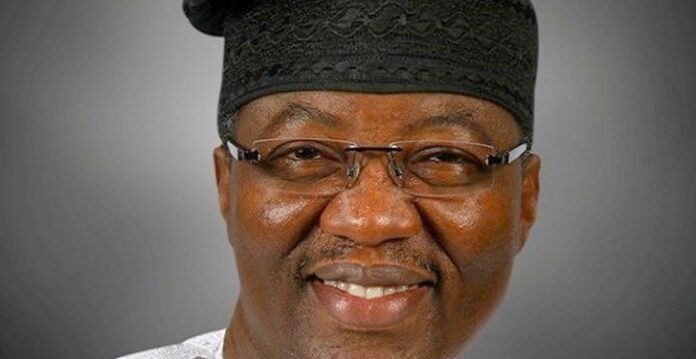 The former Executive Governor of Ogun State, ( 2003 – 2011) Otunba Gbenga Daniel (OGD) will forever remain a blessing to the All Progressives Congress (APC) as a Party in Ogun State in particular and to the good people of the state in general.

Prior to the 2019 general elections, the chances of the APC maintaining her position as the ruling Party in Ogun State was threatened by the immediate past Governor, Senator Ibikunle Amosun ( SIA) who then openly declared his supports for the governorship candidate of the Alliied Peoples Movement ( APM), Hon. Adekunle Akinlade of Ogun West.

The coming on board of Otunba Gbenga Daniel (OGD) then saved the situation as he directed all his loyalists across Ogun State to work, vote and ensure that APC , Prince Dapo Abiodun won the 2019 governorship election.

Prince Dapo Abiodun won the 2019 Ogun State gubernatorial election with a margin less than 20, 000 votes. Thank God that OGD played that marvelous role because the combination of Senator Ibikunle Amosun (SIA) and Hon. Ladi Adebutu of PDP was then strong enough to turn the table against the APC in Ogun State.

As we have today in Ogun State APC family, four Governors are involved – Governors Osoba, Daniel, Amosun and Abiodun ( the incumbent).

Definitely, the APC National Working Committee will know how to balance things to ensure that non of the four Governors loses out for the Party to remain intact and strong as a one big family.

In Ogun East Senatorial District, Otunba Gbenga Daniel ( OGD) apart from being the most popular and credible candidate, OGD is also the most preferable candidate to represent Ogun East in the Red Chamber of the National Assembly come 2023. OGD is always the people’s choice any day and time.

The tremendous contributions of Otunba Gbenga Daniel ( OGD) to the growth and development of Ogun East in particular and Ogun State in general always put him on top of any other aspirants / candidates at any giving time.

The good people of Ogun East believe in the capacity, experience and political sagacity of Otunba Gbenga Daniel (OGD) to represent us in the National Assembly as a Senator and turn things positively around in favour of the existing nine (9) local government areas of Ogun East.

Otunba Gbenga Daniel (OGD) is a blessing to our generation and with him in the Red Chamber of the National Assembly, many Federal institutions / oppotunities will surely flow the ways of Ogun East and our situations will never remain the same.