HomeBusinessBorder Demarcation, A Big Challenge In The Curbing Of Petrol Smuggling -...
Business

Border Demarcation, A Big Challenge In The Curbing Of Petrol Smuggling – Customs 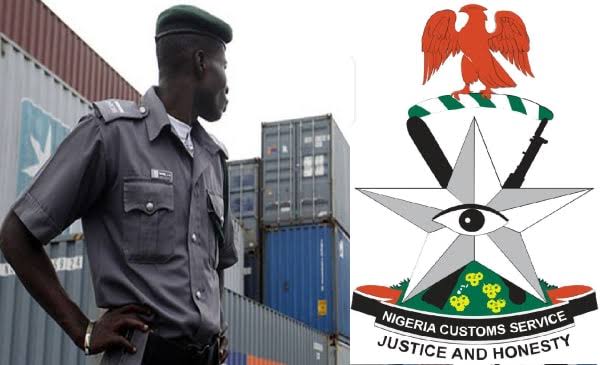 …stakeholders call for deployment of technology

The disclosure is coming on the heels of a recent investigation by The Cable, which exposed that petrol smuggling across Nigerian borders is booming and aided by a conspiracy between security agencies, cartels, and non-state actors.

Deputy Comptroller of Customs, Timi Bomodi, who made known the challenges of Customs in tackling petrol smuggling in the border communities, said the service has been devising strategies to reduce smuggling along Nigeria’sporous borders.
He disclosed that the customs service is applying the rules in ensuring that bad eggs within and outside the service are dealt with appropriately.

Explaining the difficulties with border demarcations, Bomodi had this to say: ”We have families that are spread between both countries, and we have houses that are sitting in the middle of these borderlines, and you can’t tell. The frontage of a house may be in Nigeria, and the back of the house is in Niger, so it is in Cameroon, so it is in Benin, and in these other places.

“Communities are split between Nigeria’s neighboring countries because their lives are always interfacing. It becomes difficult to manage since it is not a straightforward approach that any government can adopt, but it is important to note all these factors. Then you can appreciate the efforts of the Nigeria Customs Service is making to stem the incidence of smuggling petroleum products.”

Bomodi, who doubles as the Public Relations Officer of Customs, also disclosed that the Service is confronted by a lack of adequate personnel to man the border territories while assuring their continued efforts to fight corruption within the service. He added that strategies and technology are already reducing petrol smuggling across Nigeria’s borders.

“In the past three or four years, the service (NCS) has dismissed, demoted, and suspended a huge number of its complicit personnel in any smuggling.
“It is not only border officers. We are talking about officers that work even in the ports or airports, there are sanctions, and the current Comptroller General is indeed very strict about this.

“Nigeria Customs Service is gradually tilting towards minimizing physical contact in all its activities. We are deploying technology and moving into the era of e-Customs,” Bomodi stated.

Reacting to the investigation, the Executive Director, Center for Transparency Advocacy, Faith Nwadishi, noted that impunity is the primary reason petrol smuggling is still thriving across Nigeria’s borders. She backed the deployment of technology in customs operations at the border posts while urging citizens to demand accountability from public servants and always report corruption.

“The problem is that we keep giving estimates of local consumption of petrol that we have in Nigeria.

On his part, the Executive Secretary, Anti-corruption Network, Hon. Ebenezar Oyetakin stated that different forms of corruption plague Nigeria and that the lack of will is a major reason smuggling could not be nipped in the bud.

Oyetakin suggested the establishment of petrol stations in neighboring countries to reduce smuggling drastically.
He backed the calls for technology to be deployed in Customs operations.

Earlier on, an investigative journalist with TheCable, James Ojo, had disclosed that petrol smugglers at borders communities across the country are organized in connivance with security personnel.

According to Ojo, smugglers pay an agreed amount to have a free passage with the petrol they bought from the Nigerian side.

To stem the tide of smuggling of petrol within Nigeria’s borders, Ojo called for more robust border control and urged the Nigeria Customs to evaluate and monitor the activities of their personnel more.

“We (NCS) have to carry out evaluations to ensure that the officials are doing what they are supposed to do. We need a strong border control system, and there should be a kind of monitoring or a kind of whistleblower policy to track the area or places involved in all these corrupt activities,” he stressed.

According to the Nigerian National Petroleum Company Limited (NNPC), 116.46 million liters of petrol valued at N18. 88bn was stolen in 2021. Consequently, the increased smuggling of petrol across Nigeria’s borders has pressured the NNPC to meet the national daily demand, currently estimated at 72.72 million liters.

Public Conscience is a syndicated weekly anti-corruption radio program used by PRIMORG to draw government and citizens’ attention to corruption and integrity issues in Nigeria.

The program has the support of the MacArthur Foundation.