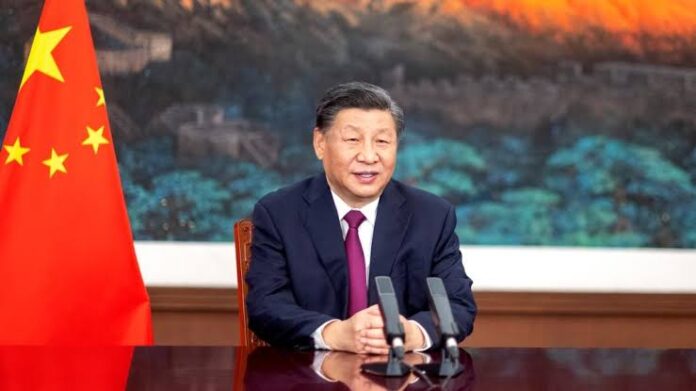 China on Wednesday reaffirmed its commitment to high-standard opening-up and pledged to foster a business environment based on market principles.

“I wish to reiterate that China’s resolve to open up at a high standard will not change, and that the door of China will open still wider to the world,” Chinese President Xi Jinping said when addressing the conference of the 70th anniversary of the China Council for the Promotion of International Trade (CCPIT) and the Global Trade and Investment Promotion Summit via video link.

“China will continue to foster an enabling business environment that is based on market principles, governed by law and up to international standards,” Xi said.

Despite challenges posed by the prolonged COVID-19 pandemic, China achieved a strong trade performance in the first quarter of the year, with total goods imports and exports surging 29.2 percent year on year to 8.47 trillion yuan (about $1.25 trillion), data from General Administration of Customs showed.

In the first quarter, China’s trade with countries along the Belt and Road rose 21.4 percent year on year to reach 2.5 trillion yuan (about $370 billion). The country’s trade with the other 14 RCEP members amounted to 2.67 trillion yuan (about $395 billion), up 22.9 percent year on year and accounting for 31.5 percent of its total imports and exports during the period.

A freight train heading for Mannheim in Germany is about to depart from the Xi’an international port in Xi’an, northwest China’s Shaanxi Province, April 13, 2022. /Xinhua

Since its establishment in 1952, the CCPIT has played an important role in strengthening the bond of interests between Chinese and foreign enterprises, promoting international economic and trade exchanges and promoting the development of relations, Xi said.

The 70-year journey of the CCPIT has been “an epitome of China’s ever-expanding opening-up endeavor, and an important witness of how businesses from different countries could share in development opportunities and benefit from win-win cooperation,” he added.

Noting that economic globalization is experiencing headwinds and the world is entering a new period of volatility and transformation, the president made several proposals.

Joint efforts are needed in defeating the pandemic, he said, adding that it is important to put people and their lives first, actively engage in international cooperation on vaccine R&D, production and distribution, and bolster global public health governance.

On reinvigorating trade and investment, he stressed supporting the World Trade Organization (WTO)-centered multilateral trading regime, ensuring security and stability of the global industrial and supply chains, and making the “pie” of cooperation bigger to allow development gains to better trickle down to people of all countries.

He also emphasized the efforts to unleash the power of innovation in driving development, calling for fostering an open, fair, equitable and non-discriminatory environment for scientific and technological development.

On improving global governance, he said true multilateralism must be upheld.

“We should choose dialogue over confrontation, tear down walls rather than erect walls, pursue integration instead of decoupling, opt for inclusiveness, not exclusion, and guide reforms of the global governance system with the principle of fairness and justice,” he said.