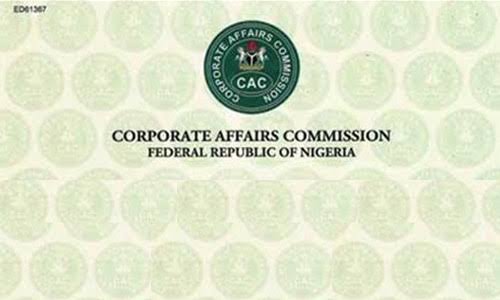 Section 839 vests the Corporate Affairs Commission (CAC) with the powers to suspend the trustees of an association and appoint interim managers to run its affairs under the Commission’s supervision.

Globally, interest in corporate governance has grown in response to the need to hold organisations accountable to the government, their owners and other stakeholders. This has necessitated the need for numerous legislative enactments to govern this area.

In Nigeria, the Companies and Allied Matters Act 2020 (CAMA) is the legal framework that allows businesses and nonprofits organisations to operate. This law was recently enacted, and it happens to be motivated by the government’s desire for an economy that is configured with mechanisms that promote the ease of doing business.

The most prominent innovation of CAMA with regards Incorporated Trustees is the expansion of the powers of the Corporate Affairs Commission (CAC) by section 839 of CAMA to have power to suspend or remove the Trustees of an IT and appoint Interim Managers.

The crux of this work is whether the power of the CAC to remove Trustees and appoint Interim Managers violates the fundamental right to Freedom of Association. It is worthy of note that Section 40 of the Constitution of Nigeria holds great significance, for it gives an Incorporated Trustee a constitutional right to associate freely without undue external interference. By “associate freely”, it means that the association and its members have the right to decide the fate of the association at every point in time.

As provided by section 45(1) of the Constitution the right is only derogated in the interest of defence, public safety, public order, public morality or public health; or for the purpose of protecting the rights and freedom of other persons.

Juxtaposing the provisions of CAMA and the Constitution, it is evident that the instances of derogation of the right to association has been extended by CAMA. One of which is that the constitution did not contemplate a derogation of this right upon the mismanagement of an Incorporated Trustee.

Moreso, it is arbitrary since CAMA did not define what “misconduct” or “mismanagement” entails in this context.

Removal of Trustees is constitutional in the instance where members of the association petition to the courts for a change of trustees, but there seem to be some constitutional abnormality if the Corporate Affairs Commission, a party with no interest, suo motu, petitions for a removal of the Trustees of an Association.

That is in all sense arbitrary. Nigerian citizens have a constitutionally guaranteed right to association and this right also entails making decisions as regards the running of the association so long as it is within the ambit of the constitution.

However, it is germane to state at this point that CAMA set a procedure for removal to be upon an order of the court. This serves as a form of check. Removal only happens upon a petition which shall be heard before an order of court is granted.

However, the writer opines that this check is insufficient because the Corporate Affairs Commission, in the first place, does not have a right of action. It also has no affected interest in an Association and therefore should not be given the right to institute actions that touches on determining the running of such association.

Ichaba, Esq. is a Managing Partner at Plexus Legal.

Ekiti election: US speaks on conduct of governorship poll