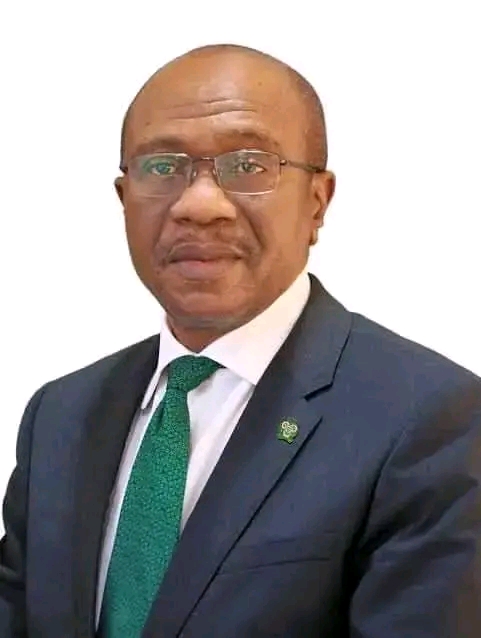 The National Youth Council of Nigeria
Says after a nation-wide consultation with youth leaders and stakeholders; and following deep analysis and discussions on the politico-economic state of affairs, the Nigerian youth has demanded the immediate resignation of Mr Godwin Emefiele as Governor of the Central Bank of Nigeria (CBN).

In a petition to the CBN governor signed by Comr. Solomon Adodo
President and Hon. Yusuf Ibn Tom
Secretary General of the NYCN said the demand has become inevitable following his willful and blatant desecration of the political neutrality of that office by your now aborted aspiration to the office of the President of the Federal Republic of Nigeria under the platform of the All Progressives Congress (APC).

The NYCN said by his earlier aspiration, the CBN governor did not only become partisan,but has made his political party known, and it is dangerous for the 2023 general elections and also tactically casts aspersions on the treasured integrity and fairness spirit of President Muhammadu Buhari which he fought so much to build and safeguard through the years.

“Nigerians, especially the youth have had to endure the poor monetary policies under you, which have made a mess of the Naira against other foreign currencies.

” They have tolerated the corruption and lack of productivity that have bedeviled the programmes of the CBN, including the poorly executed Anchor Borrowers Scheme.

“We accepted with painful stoicism, the obvious forex fraud which has promoted the parallel market over the official one, thereby recording the worst forex regime in the history of this country.”

The group however said that the young people of this country cannot accept an all-important election which would have been compromised ab initio because the custodian of sensitive electoral materials is evidently partisan.

In the letter they said his continued stay as the Governor of CBN will surely mar all the investments made towards a successful 2023 general elections.

“Monies have been committed; energies have been exerted towards legislation; political pressure, legal engagements, logistics procurement and deployment have all gone into preparations for this election.

“And these cannot be all lost because of your selfish interest.

” Already, the Independent National Electoral Commission (INEC) has noted the danger of your compromised position and has hinted at an alternative arrangement for the custodianship of its sensitive electoral materials.

“Unfortunately, the INEC does not have a non-compromised alternative. Therefore, the only option left for Nigerians to have a sanitized electoral process is for you to tow the path of honour and resign your position as the Governor of the Central Bank of Nigeria,”they noted.

According to the NYCN to the CBN governor it is our expectation that you will resign within the next seven (7) days from the date of the receipt of this letter to avoid massive protests from the Nigerian youths.

They said we the youth will consider it an act of patriotism if you resign honourably.

They also said that ,that would also restore some modicum of integrity to you. So, on behalf of the young and indeed patriotic Nigerians, we urge you to add some honour to your name by resigning, or have a determined Nigerian youth population to contend with.

” We shall not fold our arms and watch the stellar legacies of integrity and electoral reforms built by Mr. President swept away by your missteps.

” While looking forward to your Honourable resignation, may I convey to you the best wishes of Nigerian youths”.