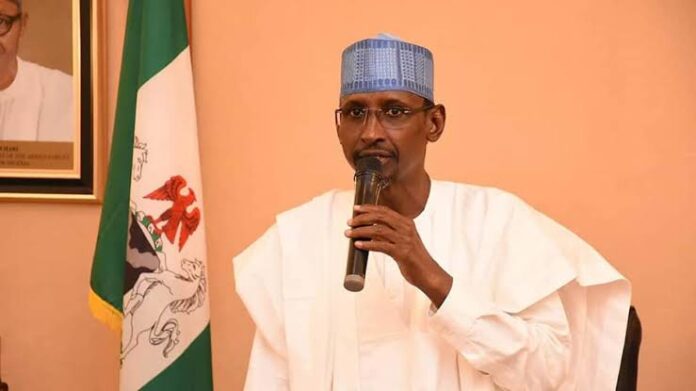 The Peoples Democratic Party PDP, has vowed to resist any attempt by the court judgment or the ruling party to prevent their elected chairmen and councilors from been inaugurated on today.

National Publicity Secretary of the party Hon. Debo Ologunagba, in a briefing on Thursday, described the judgment stopping the inauguration as a clear intent to abridge the electoral process, overthrow the entire outcome of the FCT Area Council election held on Saturday, February 12, 2022, which was overwhelmingly won by candidates of the PDP.

He said that the PDP vehemently and without equivocation rejects the judgment in its entirety and that the judgment cannot be executed as it is unconstitutional, illegal, baseless, and devoid of any legal foundation and reasoning for implementation.

“In any case, the PDP cautions the outgoing Chairmen and Councilors whose tenure under the 2010 Electoral Act upon which they were sworn in will effectively come to an end by the effusion of time on Friday, May 20, 2022, to steer clear of the respective Area Council offices from that date.

“The PDP calls on the people of the FCT to get ready for the swearing-in of their new Chairmen and Councilors duly elected on February 12, 2022, as our Party takes firm legal steps to address the orchestrated attempt by the APC and Justice Ibrahim Mohammed to frustrate the Will of the people.

“The PDP urges the Chief Justice of Nigeria CJN, to protect the integrity of the judiciary by immediately calling Hon. Justice Ibrahim Mohammed to order, especially for violating the CJN’s persistent admonitions to judges not to open themselves to political manipulations,” he said.

The party described it as even more worrisome that the FCT High Court presided over by Hon. Justice Ibrahim Mohammed would allow itself to be used to a point where it can give a judgment that the judge knows or ought to know is illegal as no law can be made retroactive.

“Nigerians are invited to note that the Court gave judgment in this case with a set of individuals as Claimants and the Minister of the FCT as the Sole Defendant, leaving out necessary parties, including the PDP, whose candidates won the majority of seats in the February 12, 2022 elections; the National Assembly that enacted the law, the Attorney General of the Federation, who has the responsibility of executing the law and of course the Independent National Electoral Commission INEC, which conducted the elections.

“The PDP is persuaded to believe that the judgment is a deliberate attempt to subvert the democratic process without regard to the consequential crisis and restiveness such portend in the FCT.

“The seamless transfer of power from one administration to another is the bedrock of democracy which the PDP is noted for having peacefully transferred power to the present APC-led government in 2015,” he said.

He further said that the APC should know that any breakdown of law and order in the FCT on account of an attempt to muscle or abridge the right and the will of the people will be inconsistent with that very fundamental principle of democracy, which is the peaceful transfer of power from one administration to another.

“Moreover, we hope this is not an attempt to lay a foundation to use the court to actualize a veiled third term agenda being rumoured. The APC should know that such will be firmly resisted by Nigerians,” he said.

The Minister of the Federal Capital Territory, Muhammad Bello, had in a statement on Thursday, suspended the planned inauguration of the six Area Council chairmen and councillors.

The minister explained that the suspension was due to the communication of a judgment by a court in the FCT directing the administration to suspend the inauguration of the new chairmen.

The statement read, “As you are all aware, in March of 2019, we held the Area Council elections in the Federal Capital Territory, whereby six council chairmen and councillors were elected after a very competitive and rigorous process.

“These six Council Chairmen of the FCT were then inaugurated on May 20, 2019, under the 2010 Electoral Act. Based on that Act, the tenure of the Chairmen would end today and the new Chairmen, based on the elections held in February this year, would be sworn in on May 20, 2022.

“But a few days ago, we received communication of a judgment by a court in the FCT directing us to suspend the inauguration of the new Chairmen, based on the fact that the current Chairmen’s tenure would end today, May 19, 2022.