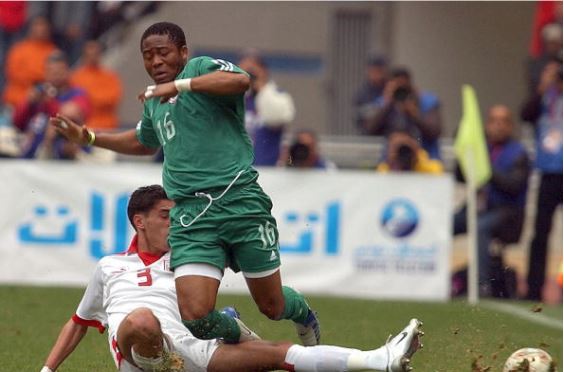 As the Super Eagles put finishing touches to their Cote D’Ivoire AFCON 2023 qualifiers, ex- international Ifeanyi Udeze has charged the team to up their game and  ensure they come out tops in Group A comprising of Sierra- Leone, Guinea Bissau and Mauritius.

Nigeria will host the Leone Stars in Abuja on Thursday, June 9 and then play away to Mauritius, who has their appeal against Sao Tome and Principe upheld by CAF Disciplinary Committee on Monday June 13.

Udeze told Nigerian Pilot Sports that the Eagles’ having missed out of the World Cup in Qatar; they must be at their best to ensure they land in Cote d’Ivoire next year.

“I’m happy that the issue of technical adviser to the senior national team has been resolved between the Sports Ministry and the NFF with the later given approval for the engagement of Portuguese Jose Peseiro and now is the time for the gaffer and his assistants to begin work because Nigerians will not accept any excuses for failure’ began the former AO Kavalas and PAOK Thesalonika of Greece defender.

On paper the group looks easy for our team, but experience has shown that in football no team is small and as such the Super Eagles must guide against the ugly experience of Qatar 2022 World Cup qualifiers when lowly rated team like Central African Republic shocked Nigeria at the Teslim Balogun Stadium, Lagos

“I want them to realize that there are no more minnows in African football and all the teams want to hoist their country’s flag at the continental showpiece and as such all teams must be taken serious”, he cautioned.

Udeze further advised the technical crew to ensure that only foreign and home-based players who are playing regularly for their team should be invited for the qualifiers and avoid using the games to experiment on players which might boomerang at the end of the day.