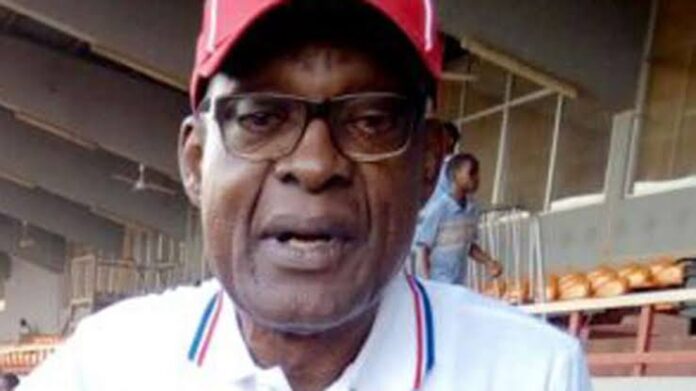 In 1951 a member of Nigeria’s 1980 Africa Cup of Nations winning squad and one of Africa’s greatest goalkeepers of all times, Emmanuel Oguajiofor Okala, was born in Onitsha, Anambra State, Southeast Nigeria.

Okala made his name with the famous Rangers International Football Club of Enugu between the late 1960s and the 1970s through to the early 1980s.

At club level he had his entire professional career with Rangers International where he won domestic league titles as well as the 1977 Africa Cup Winners Cup as they beat defending Champions IICC Shooting Stars of Ibadan in the semi-finals on penalty-shootout and Canon Sportive Yaounde of Cameroon in the final to become the second Nigerian side to win a continental title following the Africa Cup Winners Cup victory of IICC the previous year.

At International level he played 59 times for Nigeria, making his debut at the tender age of 21 on 11th November 1972 in Nigeria’s 3-2 victory over Tanzania in Lagos and had his last outing, a goalless affair against the Indomitable Lions of Cameroon on 2nd February 1980 just before that year’s Africa Cup of Nations finals in Nigeria at the Liberty Stadium in Ibadan.

Though he made the Nigeria’s AFCON squad but lost his number one spot to Best Ogedegbe before the commencement of the tournament for disciplinary reasons.

He earlier had played all Nigeria’s games as the Green Eagles went on to beat Guinea in the final at the 1973 All Africa Games in Lagos.

He also played all Nigeria’s games at the 1978 Africa Cup of Nations in Ghana where Nigeria won her second consecutive bronze.

In 1978 he was voted “Athlete of the Year” in Africa, the only footballer to have been so crowned by the Supreme Council of Sports in Africa.

The vote was conducted by members of the Africa Sports Journalists Union.

Though he never went to the World Cup but has been consistently ranked as one of Africa’s greatest goalkeepers of all times.