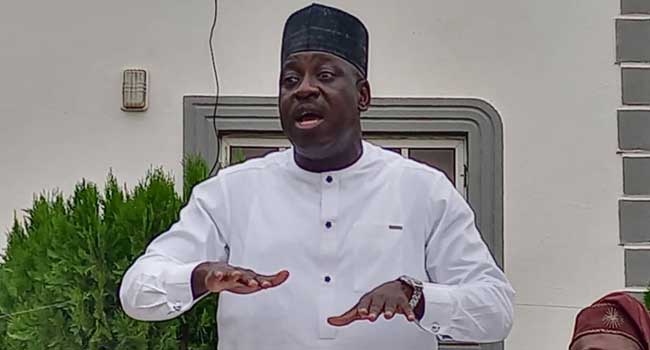 A former minister for Sports and Youths Development, Malam Bolaji Abdullahi has been elected as the People’s Democratic Party’s (PDP) candidate for the Kwara Central Senatorial election come 2023.

A former editor of This Day newspaper was elected through affirmation by delegates at the PDP senatorial primary, held at Mariam Event Centre in Ilorin.

Abdullahi will be contesting against yet to be emerged candidates from other political parties in a bid to represent the people of Ilorin West, Ilorin South, Ilorin East and Asa Local Government Areas at the Upper Chamber.

Speaking with newsmen after his emergence, Abdullahi thanked the PDP stakeholders and the delegates for affirming him as Kwara Central Senatorial candidate.

“My emergence is an opportunity that I don’t take for granted because I believe that in a democracy. The National Assembly is a centre of representation of people and that is where the business of government takes place in every democracy, so I take this responsibility very seriously,” he said.

The former minister noted that his first mission of being in politics was to promote youth development.

“My priority in politics is to promote youth development, right from the time I wanted to be governor up till now, it’s still the same mission.

When you have 60% of your population being youth, between the age of 18 to 35, you can’t do anything that makes sense beyond focusing on youth development.

“How do you give young people education, skills and opportunities to triumph in life? How do you give them the right value that will make them patriotic citizens? This will be the focus of my representation when I get to the national assembly,” Abdullahi said.

The journalist turned politician noted that the 2023 election would be quite different from the past.

“I want to think 2023 election will be remarkably different from wherever we are coming from, it’s going to be a major turning point for Nigeria, so what every constituency will get will depend on the quality of voice that is representing that constituency in the National Assembly, and I believe that I can give that quality voice.

“Experience is everything, I was the only one who started as a special assistant, special adviser, commissioner, a federal minister and a national officer of the ruling party then, that robust portfolio of experience cannot be matched by anyone, and I can confidently list what I achieved at those offices, I believe this experience stand me and my party a better chance than any other candidates and parties. Because my party is fielding a quality candidate in me” he said

Bolaji, also thanked journalists for their support over the years, adding that: “I don’t take your support for me and that of the PDP’s for granted.”