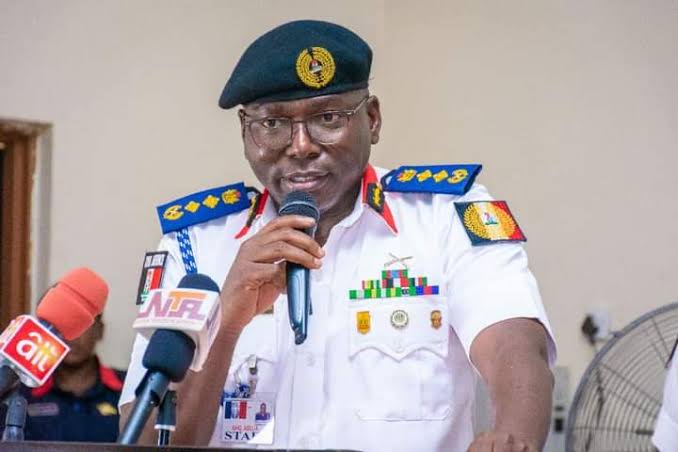 Dr. Ahmed Abubakar Audi, the Commandant General Nigeria Security and Civil Defence Corps, NSCDC, has tasked the newly inducted Associate Members of the Gender Desk Officers of the Corps on building sustainable peace in the country.

The NSCDC boss made the call during the induction of the Corps Gender Desk Officers as Associate Members by the International Academy for Gender and Peace, AIAGP, at the highlight of a 3-day workshop held at the Agency’s national headquarters, Sauka Abuja.

Represented by the Assistant Commandant General, Administration, Dr Helen Amakiri, the CG noted that the summit had expanded the scope of Gender Desk Officers and tasked participants on building sustainable peace, through gender mainstreaming with a focus on Sexual and Gender Based violence, SGBV.

The summit had participants drawn from sister agencies like the Armed Forces of Nigeria, Federal Road Safety Corps and Gender desk officers of the NSCDC, who were trained on how to prevent and respond to gender issues in line with global best practices.

Dr Audi charged the participants to attend to gender related complaints professionally as per the training acquired and equally extended his felicitations to them on the conferment of Associate membership of the International Academy, urging them to contribute significantly to global peace and stability and stressed that they must be passionate about their job

According to him, the extension of the capacity building to members of sister security agencies was in a demonstration of NSCDC’s commitment to peaceful coexistence, synergy and collaboration among security agencies in the country, which must be sustained to create room for development.