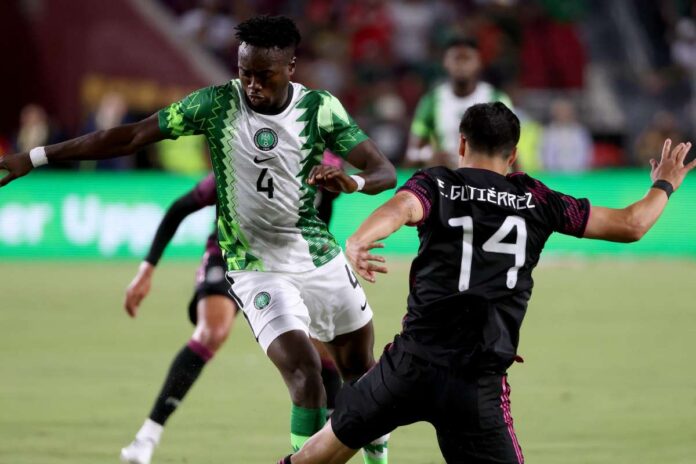 Home based Super Eagles players, backroom staff and coaches jetted out last night to the United States ahead of the international friendlies against Mexico and Ecuador this weekend.

The players that made the trip according to the programme for the matches are the eight home-based boys which includes – goalkeepers- Adewale Adeyinka (Akwa United), Ojo Olorunleke (Enyimba); defenders Isa Ali (Remo Stars), Ibrahim Buhari (Plateau United) and midfielders Chiamaka Madu (Rivers United).

Also on the trip are Babatunde Nosiru (Kwara United) as well as forwards Mbaoma (Enyimba) and Ishaq (Rivers United)- will be leaving the country alongside the coaches Finidi George, Salisu Yusuf and Ike Shorunmu (goalkeeper trainer) as well as the backroom staff tonight.

Meanwhile, the newly appointed Super Eagles Coach, Jose Paseiro will be unveiled after the two international friendly matches in the United States of America.

Super Eagles of Nigeria in preparation for the 2023 African Nations Cup will tango with the Mexican senior national team at AT&T Stadium in Dallas, State of Texas on Saturday, 28th May before flying to New Jersey to confront Ecuador at the Red Bull Arena in Harrison on Thursday, 2nd June.

Super Eagles and Almeria star Umar Sadiq could be unavailable for Nigeria’s friendly clash with Mexico’s El Tri in the United States if the latest report from Spain is anything to go by while goalkeeper Maduka Okoye is also out of the friendlies.