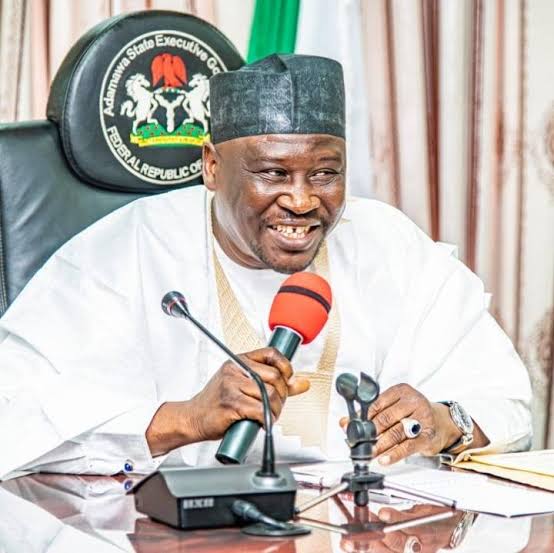 Governor Ahmadu Umaru Fintiri of Adamawa State has been nominated as the governorship candidate of the People’s Democratic Party (PDP).

Fintiri emerged unopposed after polling 663 out 668 ballots during the party’s governorship primary election on Wednesday in Yola, the state capital.

It was gathered that Fintiri became a lone candidate after the party’s governorship screening committee disqualified one Ambassador Jameel Abubakar Waziri who indicated interest in the race.

Waziri, as further learnt, had challenged his disqualification in a law court.

However he did not answer calls made to his mobile phone by our Correspondent for confirmation.

While accepting his nomination, Governor Fintiri reeled out the successes of his administration and urged the electorate to reject the All Progressives Congress (APC) and to reelect the PDP all the way.

Former Vice President and PDP presidential hopeful, Atiku Abubakar attended the event alongside other top echelons of the party in the State.