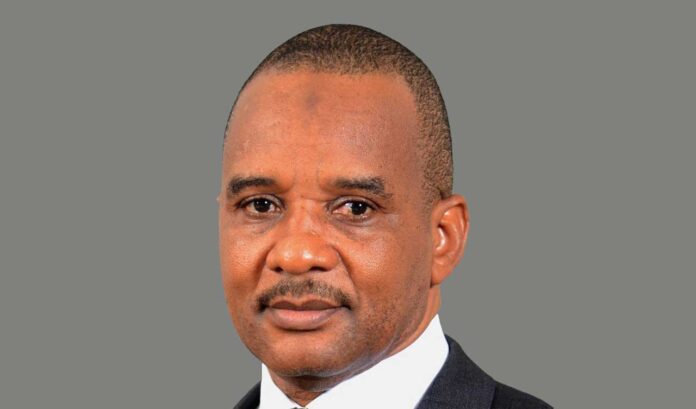 Human Rights Writers Association of Nigeria, HURIWA, has dismissed as malicious falsehood and a case of mistaken identity the allegations circulating on social and online media that the Director General/Chief Executive Officer of Nigerian Maritime Administration and Safety Agency Dr.Bashir Jamoh is caught in the web of huge scale money laundering scheme totalling over N1.5 trillion.

HURIWA said nothing can be further from the truth and wondered why a totally innocent man is being bullied in cyberspace over a cash haul he knows nothing about.

In a statement by the National Coordinator, the group said it has investigated these range of persistent accusations against the Kaduna-born Maritime expert and leading technocrat Dr. Jamoh and found out that the NIMASA boss at the moment has no bank accounts anywhere near Fidelity Bank whereby the accusers said he warehoused these humongous hauls of cash.

The Rights group said there are probabilities that there is a mistaken identity because one of our sources during our painstaking investigation, informed us of some other person bearing virtually same name with minor differences who is said to have reached the pinnacles of his career and ventured into politics from the upstream sector of the crude oil industry.

While vindicating Dr. Jamoh of the said “unsubstantiated and substantially false” and maliciously damaging allegations, the group stated that it is not known in Nigeria that someone who has skeleton in his cupboard would be the one to self report himself before the Abdulrasheed Bawa- led Economic and Financial Crimes Commission (EFCC) urging the law enforcement authority to subject him to forensic financial investigation.

HURIWA rationalised that the NIMASA boss did self-surrender to EFCC because of the inevitable fact that he felt absolutely embarrassed by the growing politically motivated plots to undermine and muddy his high reputation and rising profile in the Maritime sector.

“We know it as a fact that the young man in the Economic and Financial Crimes Commission would have swooped on the NIMASA boss if those allegations had anything near enough to do with reality.

“We think the author of the said investigative report may not have done a meticulous search and authentication of the documents in his possession with the aim of reaching an impeccable and unimpeachable determination of the real person who they intended to direct their findings.”

HURIWA urged young persons on social and organised media to stop spreading this falsehood so as not to discourage good people from offering their services to Nigeria and the good people of the country.

“We suspect that certain political forces at the Hassan Katsina House in Kaduna plotting to hijack the government that could emerge next year may have sponsored this entirely thoughtless and vexatious falsehood which dovetailed into libel”.

“We urge you, dear young people to stop spreading falsehood because the NIMASA man has nothing to do with the said huge cash haul which is more than the budgets of NIMASA in the last decade and half.

“HURIWA is therefore challenging the media to investigate whether indeed someone with similar names with little variations did actually ware-housed such a massive scale of cash in both foreign and local denominations in Nigeria and the National Financial Intelligence Unit did not deem it appropriate to ask relevant questions regarding the source or sources of such funds just as HURIWA repeats that the NIMASA Boss has absolutely no link to these allegations.”