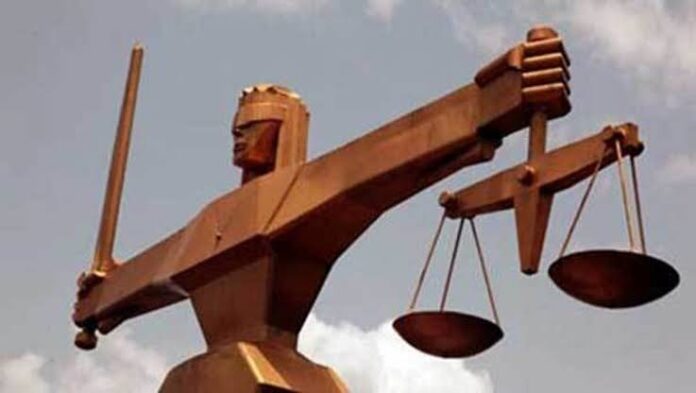 Justice Baba Sani of Apo High Court 30 gave the adjournment after entertaining applications filed by both the counsel to the claimants, Barrister John Godwin and the Minister’s Counsel, Mr. C. Nwaji on Wednesday when the case came up.

At the end of proceedings, Justice Baba Sani adjourned the matter to June 28 for hearing.

It would be recalled that two aggrieved Land allottees, Messers Ahmed A. Musa and Rasheed Musa, had dragged the FCT Minister, Alhaji Mohammed Bello, to Court over alleged seizure of their plots of land by the Federal Capital Development Authority (FCDA).

The claimants are demanding for N500 million as damages from the defendants over what they described as “act of trespass,” which they claimed had caused them (Claimants) unnecessary apprehension, trauma, pains and depression.

The alloteees had accused the minister and the FCDA of alleged clandestine moves to seize their lands situated at Mpape “D” Bwari Area Council, Abuja, from them.

In the writ of Summon, the duo prayed the court to issue an injunction restraining Bello and FCDA from making any attempt or action against their allegedly legitimately acquired plots of land, pending the determination of the suit before it.

The claimant prayed the court to determine whether with due consideration to section 44 of the Federation of Nigeria’s 1999 Constitution (as amended) and section 28(6)(7) of the Land Used Act, the defendants can expropriate the claimants’ title to lands situated at Mpape “D” in Bwari Area Council, Abuja, without their consent, due negotiation and permission.

They also prayed for a declaration that the purported revocation, allocation or re-allocation or grant of any type to any other person (s) as unconstitutional, null and void and of no effect whatsoever.

Again, they asked the court for an “injunction restraining the defendants either by themselves or through their privies, servants, agents, representatives or otherwise from revocating, appropriating, re-allocation or re-alloting or granting to any other person (s) any form of right of occupancy or title to the claimants’ lands situated at Mpape “D” Bwari Area Council, Abuja.”

“An order nullifying any purported revocation or re-allotment of the claimants’ lands situated at Mpape “D” Bwari Area Council, Abuja.

“An order compelling the 2nd defendant to perform the statutory duties of processing the claimants’ applications for building permits and render all other services offered to the public by the 2nd defendant’s Land Department and Development Control Department, ” they pleaded.