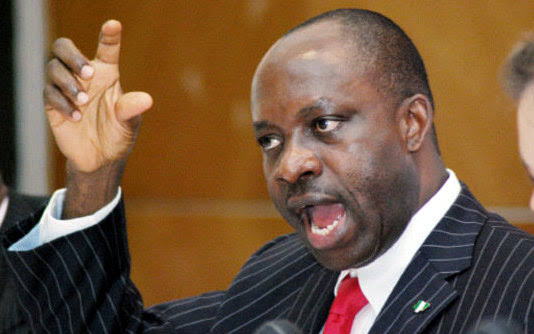 Following the high rate of kidnapping, killings and other criminalities in Anambra state, Governor Chukwuma Soludo has declared dusk to dawn curfew on eight local government areas in the estate.

Governor Soludo made these declarations yesterday during his evening state broadcast in Awka.

The Governor enjoined the youths of every community in the zone to assist the security agencies in the implementation of this policy and are mandated to seize any motorcycle or tricycle that violates the order.

According to him, “Local Vigilantes should report such motorcycles or tricycles (keke) immediately, and they will be confiscated by the government and the owner prosecuted. The Okada, Keke, and shuttle bus union leaders must take responsibility to report their members who are involved in criminal activities.

“We shall review this after two weeks, and if members of these unions continue to be involved in criminal activities, the government will have no choice but to either disband the Unions and/or ban them out rightly in the state.

“No part of Anambra State (house, bush or forest) shall be used as camps for these criminals. Anyone with a gun in a camp is considered a criminal in Anambra State, and the government and people will work with security agencies to flush them out.

“The State Government shall pursuant to its powers under the Land Use Act revoke and acquire any land found to be harboring these criminals, for public purpose. Henceforth, every community is required to provide information on any part of their land occupied by these criminals as camps. If the community fails to do so, the government will take over such land.

“All communities are hereby charged to take over their communities completely and through the leadership of their Town Unions and Traditional Rulers give weekly security reports (submitted every Friday) to the State Government on the state of security in their communities.

“The cooperation of the youths in that regard is now imperative. I charge the vigilantes of each community to rise to the occasion and contend with these criminals in your locality whether they are in your bush or the houses in your community. The State Government expects the report of any progress made in this regard and shall support and reward you accordingly.

“Any buildings found to be harboring these kidnappers and murderers who have laid siege on our State will, as provided by Criminal Code (Amendment No.3) Law 2013, be forfeited to the State Government. To that extent, all landlords are hereby directed to proceed on “Operation Know Your Tenant” by keeping appropriate records of their tenants and report anyone suspected of being involved in criminal activities.