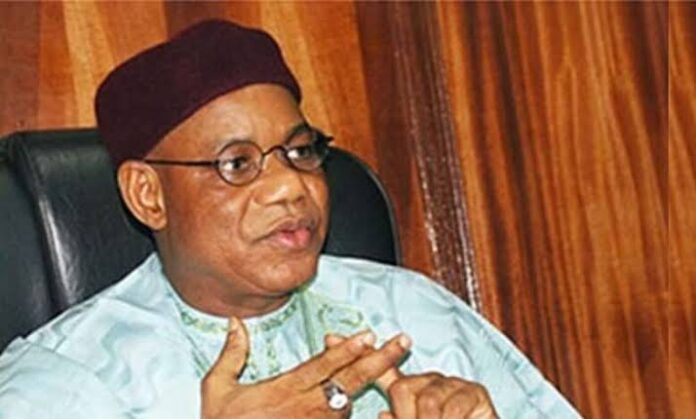 THE National Chairman of the New Nigeria People’s Party, NNPP, Prof. Rufa’i Ahmed Alkali was born on 20th July, 1954 to the family of Malam Muhammad Alkali an Islamic Scholar, Teacher and Farmer in the historic town of Hashidu, famous for its agrarian and commercial activities located in Dukku Local Government Area of Gombe State. The young Rufai had his early education at the Hashidu Primary School from 1963-1969 and proceeded to Government Secondary School, (now Government Science Secondary School) Gombe from 1970-1974 and Bauchi College of Art and Science (BACAS) from 1976-1978 and later gained admission into the Bayero University Kano where he graduated with a Bachelor of Science (B.sc) Second Class Upper Division in Political Science in 1981.

He did his National Youth Service in the Eastern part of the country at Adada Secondary School, Nsukka between 1981 and 1982. He subsequently joined the services of the University of Maiduguri as a Graduate Assistant in 1982, at a time when it was more rewarding to pursue other interests and leave teaching to poor Academics.

In 1983, Alkali proceeded to the prestigious Ahmadu Bello University, Zaria and pursued successfully his Masters (M. Sc.) programme in International Relations which he completed in 1985. In 1986, Rufa’i Ahmed Alkali took his educational pursuit to Great Britain where he gained admission into the University of Reading, England and came out with a Doctor of Philosophy in Political Economy in 1989.

Rufa’i Ahmed Alkali’s academic career rose steadily from the position of a Graduate Assistant in 1982, to the rank of Lecturer I in 1991. In 1993, he joined the services of the premier military Institution in the country, the Nigerian Defence Academy (NDA) as Senior Lecturer and Head of Department of Political Science and Defence Studies. He became an Associate Professor in 1997 and later a full Professor of Political Science in the year 2001.

Even as an academic, Professor Rufa’i Ahmed Alkali was on several occasions called upon to serve his people, the great people of Gombe State in various capacities. Following the creation of Gombe State in 1996, he was appointed the Hon. Commission of Agriculture and Water Resources by the first Military Administrator of Gombe State, Group Captain J.I. Orji in 1997. In 1998 Alkali was moved to the Ministry of Education and Youth Development as Hon. Commissioner by Col. M.I. Bawa who took over as the second Military Administrator of Gombe State. At the end of the 1999 political transition program, Alkali returned to the Nigerian Defence Academy where he continued with teaching, research and community service.

In 2003 when the Peoples Democratic Party (PDP) won elections and Alhaji Muhammad Danjuma Goje emerged victorious as the Governor of Gombe State, Prof. Alkali was appointed the pioneer Hon. Commissioner for Higher Education and Special Duties, a position he held for four years during which his new Ministry midwifed the establishment of the Gombe State University.

With this track record it was therefore not surprising when on the 8th of March 2008, Prof Alkali was elected the National Publicity Secretary of the PDP, a position he held with diligence until the end of his term in March 2012.

An eminent scholar in full party politics, Alkali’s consummate communication skill and unique publicity strategy systematically transformed the image of the PDP he inherited in 2008. Alkali it was, that revived and pushed back into national consciousness, through the media whose friendship he warmly cultivated, and ensured that the PDP’s vision and mission as a ‘‘people oriented, issued based and democratic political party remains constant in the minds of all Nigerians and friends of Nigeria.

His brilliant disposition to information management succeeded in keeping at the front burner, the critical responsibilities of the PDP as the Party entrusted with the fate of over one 150 million Nigerians. Thus, his ability to effectively calibrate the interest of the nation with that of the PDP in his roles as the Party’s spokesman is one of his greatest achievements.

At the most challenging period of our national history, the PDP, through Prof Alkali communicated only that, which, ensured the unity and oneness of Nigeria. It is to Alkali’s credit that only the well thought out and correct position of the then ruling party on all issues is communicated to the public.

At a different level, Professor Alkali’s served as the Pro-Chancellor and Chairman of the Governing Council of the Federal University of Technology, (FUT) Minna between 2009 and 2013. In view of his track record at the Federal University of Technology, Minna, he was reappointed by the Federal Government to serve another term of four years as Pro-Chancellor and Chairman of Council for another four years, 2013 to 2017. In the eight years as Pro-Chancellor of FUT Minna, Professor Rufai Alkali Alkali left his footsteps in the sands of time.

Equally, his sportsmanship came to the front burner when he contested the 2011 governorship election and lost at the primaries. Having made his mark and left no one in doubt of his ability and commitment to the people, he went ahead to mobilise support for and fought for the victory of former Governor Ibrahim Hassan Dankwanbo. For Alkali, he can never sacrifice the interest of his people on the altar of personal interest.

He repeated the same feat during the 2019 General Elections, when as the SDP Governorship candidate in Gombe State, he stepped aside from the race and he and the entire SDP machinery in Gombe State endorsed and supported Governor Inuwa Yahya of the APC to course to victory against all odds. It was during this same time, his party the SDP also endorsed and voted enmass for President Muhammadu Buhari to return for his second term.

Professor Alkali is an accomplished scholar, researcher, author, publisher, writer and media friendly personality per excellence. The NUJ, Abuja Council conferred on him a Special Award as the Most Media Friendly Personality 2011. In a rare show of recognition, the NUJ, Abuja FCT Council again conferred on Professor Rufai Alkali a Special Leadership Award in 2016. In the same year, in October 2016, the Gombe State Government presented to him a Certificate of Honour in recognition of his invaluable contributions to the creation and development of Gombe State, while the Nigerian Society of Pease Studies and Practice also conferred on him Fellowship in 2018.

Alkali is the author of many books, which include: Issues in International Relations and Nigeria’s Foreign Policy; World Bank and Nigeria: Cornucopia or Pandoras Box? In addition to academic textbooks and Research journals, Professor Alkali also published literary works such as: Tales of Clever Rabbit; Raina Kama and a vernacular book tiled, Taali di Bojel Mawbe Yoyre, Fulfulde folklore. He is a prolific writer who contributed articles in newspapers and magazines. He was a one-time member of the Editorial Board of New Nigerian.

Prof Alkali is a member of numerous professional Associations which include among others; Nigeria Political Science Associations, Nigerian Society of International Affairs and Fellow of the 21st Century Trust London. He is also a member, Nigerian Institute of Management Consultants and Fellow, the Institute of Corporate Executives of Nigeria.

He is also a recipient of a number of befitting chieftaincy titles conferred on him by respected traditional rulers in Gombe State.