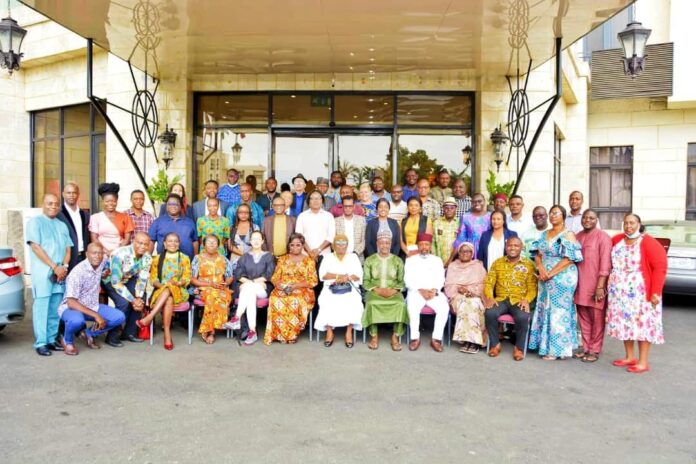 In its avowed bid to ensure fair migration, African Trade Union Network on Migration (ATUMNET) have developed a new advocacy and communication strategy document with which they hope to use as a tool to tackle the perceptions and deceptions that encourage young Africans to embark on risky irregular migration journeys.

The Document was unveiled on Thursday in Abuja at the ongoing 3 days strategic session on coordinating African Trade Unions and Civil Society Organizations Engagement on Migration and Labour Migration Governance.

The Trade unions argued that discrimination and unfair treatment of labour migrants in most cases could be linked to misinformation about migration.

The Network therefore emphasised the need to create more awareness and understanding of the pull and push factors of labour migration, as well as the plight of labour migrants and best practices in managing labour migration among governments, continental bodies, trade unions, CSOs and other stakeholders.

ATUMNET said it will mainstream and consistently advocate for the defeat of push factors for irregular migration such as unemployment, poor wages, insecurity and violent conflicts, global warming and climate change effects.

It will also continue its advocacy for progressive laws, practices and policy reforms and ratification and domestication of international protocols and conventions on labour migration.

As part of its communication strategy, ATUMNET says it will be developing advocacy materials like brochures, flyers, E-posters, T-shirts, calendars produced and disseminated across the network.

It also plans to train journalists on labour migration reporting, and also train at least 50 network leaders and young people in communicating and advocating for labour migration.

The Communication Strategy is part of ATUMNET action plan for 2022 – 2024 and targets all stakeholders in the migration governance space, including policymakers and the migrants workers themselves