Nigeria to import 105,000 tonnes of potassium for fertilizer blending from Russia, Canada 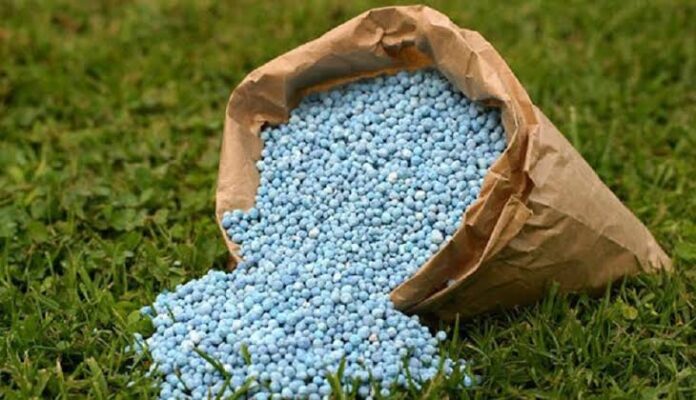 Nigeria has ordered an import of 105,000 tonnes of fertilizer raw material – potassium from Russia and Canada for the production of fertilizer across the 72 fertilizer blending companies in the country.

The Managing Director and Chief Executive Officer of Nigeria Sovereign Investment Authority (NSIA), Mr Uche Orji, disclosed this at the ministerial press briefing at the State House on Thursday, in Abuja.

Orji explained that the Russia-Nigeria potassium link has been re-established in spite of the ongoing Russia-Ukraine war.

The expected Russian and Canadian potassium used for blending fertiliser is also part of efforts to ramp up production of the commodity in time for use by farmers in the current farming season, he said.

On the possibility of getting it delivered at the height of the ongoing war, the NSIA boss clarified that, when the Russia crisis started with Ukraine, it was very explicit that fertilizer, oil and gas were not part of the ban.

He elucidated: “But every day Europe still buys gas from Russia. Fertilizer was not included; but the challenge then was most of the banks were afraid to deal opening letters of credit, it took us a while to solve that problem, to get all the clarifications, and then solve it.”

“So I can assure you that that decision was taken with full understanding of the implications. But with also full clarity of everybody involved, that fertilizer and food production is important for us here as a country.

“However, we also needed to diversify, which was why we also looked at other places that we hadn’t done business with before. Canada is quite far relative to Russia. But it became a scramble everywhere in the world. It was almost like what happened during Covid-19, People were buying other people’s masks.

“I needed to be clear that fertilizer was explicitly excluded from the ban. In terms of doing business with Russia, there is no issue there.

“We have a total of 105,000 metric tons coming, of which 35,000 is from Russia and the rest is from Canada. But now that we’ve re-established the Russia supply link for potash, subsequent transactions will likely come from Russia, just because it saves us time. It’s one week shorter in terms of saving time for the vessel from Russia versus Canada.”

On the cost of the potassium, Orji declined to reveal, saying it was confidential.

He said, “But you can go on the website, any website, Google the price of potash, you will see it there. But we tend not to announce this and the reason is because when the Presidency is involved, they squeeze certain things that we will not necessarily want to talk about. So I think it’s fair that you respect that trade discussion. And it’s very simple why. Many of them have respect for President Buhari, they might give him some discount that they certainly don’t want to go and start telling other people then it becomes an issue for everybody. So I’m sorry, we can’t disclose that. “