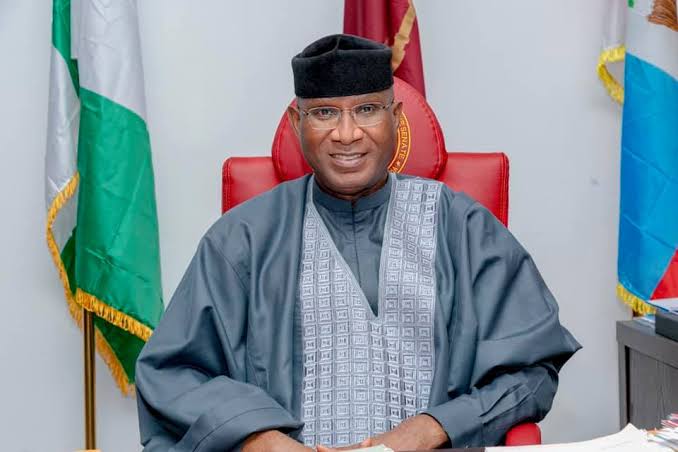 In Delta, DSP Omo-Agege who is the Senator representing Delta Central Senatorial District, on Thursday emerged the winner of the governorship primary of the All Progressives Congress (APC) in Delta State.

Mrs. Nwaneri said there were a total of 1,350 delegates, out of which, 1,235 were accredited delegate voters while one vote was invalid.

Senator Omo-Agege is a leading contender for the governorship of Delta State.

The governorship primary which was held at Federal Technical College, Asaba, witnessed the gathering of elected delegates who elected him as the party’s standard bearer in the 2023 gubernatorial polls.

Speaking shortly after his declaration, Senator Omo-Agege said his governorship aspiration is focused on building a new Delta premised on “Employment and Empowerment, Development, Good Governance and Enduring peace and security (EDGE)”.

In Zamfara, the state governor, Bello Matawalle of Zamfara on Thursday emerged winner of the APC governorship primary election in the state.

Matawalle was unopposed in the primaries.

Matawalle’s emergence would give him the opportunity to contest for the second term as governor of the state in the 2023 general elections.

Declaring Matawalle as the winner, Chairman, Committee for Governorship Primary Elections in the state, Babagana Tijjani-Banki, said out of 735 delegates, 733 votes were validly cast.

Announcing the result, Chairman, APC Primary Election Committee, Mr Uba Maigari, declared Zulum winner of the election at the end of the exercise held on Thursday in Maiduguri.

He said the governor emerged unopposed being the only aspirant in the election.

Maigari said that 1,422 delegates were accredited while 1,411 voted and endorsed Zulum through voice vote.

In his acceptance speech, Zulum thanked the delegates and other stakeholders for the confidence reposed in him and promised not to disappoint them.

Gov. Babajide Sanwo-Olu of Lagos State also clinched the APC ticket to run for a second term in the 2023 governorship election in the state.

The News Agency of Nigeria (NAN) reports that Sanwo-Olu, a sole aspirant at the primaries held on Thursday at Mobolaji Johnson Arena, Onikan, was endorsed via voting by delegates at the conference.

Announcing the result of the election, the Chairman of the APC Electoral Committee/Returning Officer, Alhaji Adamu Yuguda said Sanwo-Olu scored 1,170 votes to emerge winner of the primaries.