The key Xi Jinping learned from his father

“There are many noble characters I wish to inherit from my father,” Xi Jinping, then governor of east China’s Fujian Province, said in a letter of felicitation to his father Xi Zhongxun on his birthday in 2001.

Xi Zhongxun was among the first generation of the Communist Party of China (CPC) central leaders. Xi Jinping often recalls the wisdom imparted to him by the elder Xi.

The term “the people” is at the heart of all the treasures Xi Jinping got from his father.

The man of the people

“My grandfather was a farmer, my father joined the revolution as a farmer, and I myself worked as a farmer for seven years,” Xi Jinping once said.

During the period of the agrarian revolution, Xi Zhongxun, less than 20 years old, devoted himself to the establishment of Shaanxi-Gansu revolutionary border area. He used to say that “without the support of the masses, there would be nothing for us.” 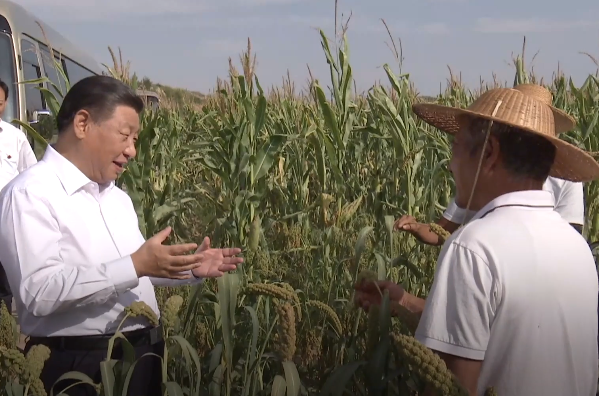 Xi Jinping visited Liangjiahe, a small village in northwest China’s Shaanxi Province, in mid-February to celebrate the Spring Festival in 2015. It was a homecoming for the urban-born Chinese president.

Fifty-three years back, Xi, just shy of turning 16, was sent to live in Liangjiahe as an “educated youth.”

He would spend the next seven of his most formative years living in that rural hamlet. That area, part of the Loess Plateau, was where the communist revolutionaries, including his father, rose to found New China.

“At that time, I did all kinds of work – reclaiming wasteland, farming, hoeing, herding, hauling coal, mounding and carrying manure,” Xi recalled.

“As a servant of the people, I have my roots deep in the northern Shaanxi plateau because it cultivated my unchanging mission: to do practical things for the people,” Xi wrote in an autobiographical work. “Wherever I go, I will always be a son of the loess lands,” he wrote.

The man for the people

Xi Zhongxun once told his boy: “No matter what your job title is, serve the people diligently, consider the interests of the people with all your heart, maintain close ties with the people, and always stay approachable to the people.”

From his early years, Xi Jinping seemed uninterested in the trappings of offices. He would travel for days, sometimes into the mountains, to talk with people at the grassroots, learn about their difficulties, and help solve their problems.

In the 1980s, when many of his contemporaries were going into business or leaving to study abroad, Xi gave up his comfortable office job in Beijing and chose to work as the deputy Party chief of a small county in north China’s Hebei Province. Later, he became the Party chief of Ningde Prefecture, one of the poorest regions in east China’s Fujian Province at the time. 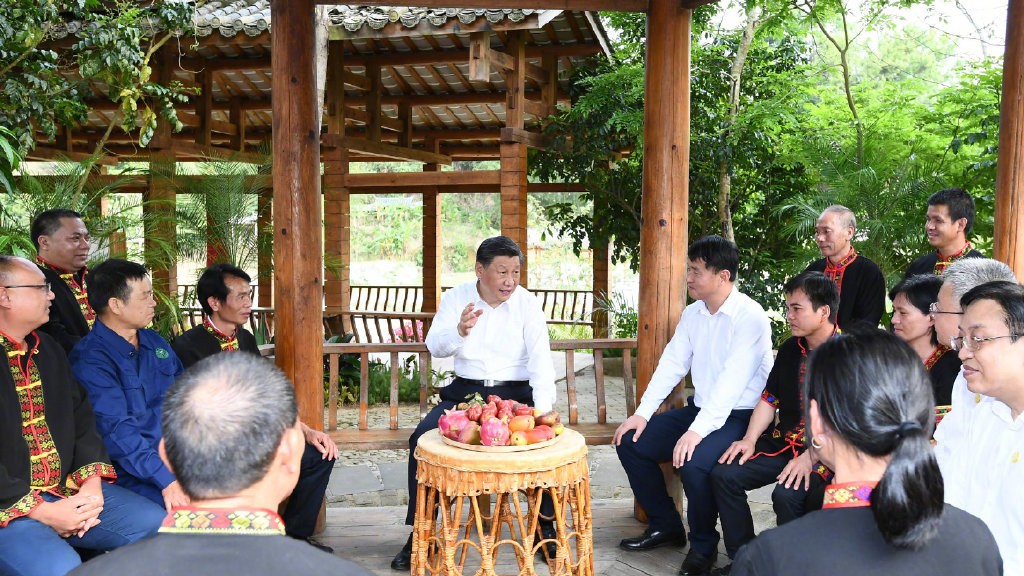 Xi Jinping visits Maona, a village in the city of Wuzhishan, to learn about the alignment of rural revitalization with the achievements in poverty alleviation during his inspection tour in the southern province of Hainan, April 11, 2022. /Xinhua

While in Ningde, Xi visited almost all its townships, including three of the four without access to paved roads. Xiadang, a township nestled deep in the mountainous area of Shouning County, was one of them. Back then, the average annual per capita net income of farmers in Xiadang was less than 200 yuan (about $40). It was one of the poorest townships in Fujian.

In November 2013, during an inspection tour to the central province of Hunan, Xi visited Shibadong, an ethnic Miao village labeled “poor” at the time.

“What should I call you?” asked villager Shi Basan as she welcomed Xi into her home. “I am a servant of the people,” Xi introduced himself.

During his about five decades in politics, Xi rose from a grassroots Party chief to the leader of the CPC, from an ordinary citizen to the country’s president, from an average military officer to the Central Military Commission chairman, all the while remaining committed to a better life for Chinese citizens.