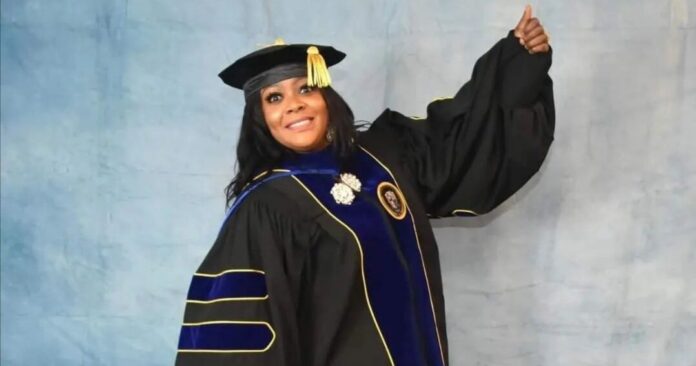 Helen Paul also known as Tatafo is a Nigerian comedienne, compere, singer, media personality, and actress. Helen began her career at the Eko Remix Studios as a front desk officer. She then worked as a back-up singer and voice-over artist. Today, she is not only a successful entertainer but also a successful entrepreneur who motivates and inspires young ladies.

As an entrepreneur, she established Massive Fabrics and Bridal in 2012 and the Helen Paul Theatre and Film Academy in 2014.

Helen Paul was born on January 29, 1978 and was brought up by her grandmother in Lagos. After her secondary education, she attended the University of Lagos where she obtained her Bachelor, Masters and Doctorate degree in Theatre Arts in 2010, 2012 and 2019 respectively.

Also, she holds professional qualifications from reputable institutions. For instance, she obtained a Certification in Media Enterprise from the School of Media and Communications, Pan-African University. In addition, she has a Basic Presentation Certificate from the Federal Radio Corporation of Nigeria.

With a strong mindset to succeed, Helen Paul started as a front desk manager at the Eko FM studios. Thereafter, she became a back-up singer and voice-over artiste. She featured on several music projects with professional artistes and music groups like Yinka Davies, Infinity, Olufunmi and P-Square.

According to her, doing the intro in P-Square’s Tell us a Story (2005) was a major breakthrough for her in the entertainment industry. Her unique voice was noticed. Not only that, she also recorded radio jingles for companies and brands like Bank PHB, Indomie Noodles, Cowbell, Peak Milk, e.t.c. Moreover, her comic role as Tatafo on Radio Continental 102.3FM, Wetin Dey also brought her to limelight

Thereafter, she got into the university and her first professional comedy attempt was when she attended a show and the MC didn’t show up. Her friends encouraged her to fill in the gap, she did and to the delight of everyone, she performed exceptionally. That made people to start inviting her to events. Subsequently, she met veteran comedians who mentored her on the business side of her talent.

Basically, Helen has worked and presented in several media houses in Nigeria. She worked with LTV8, Radio Continental, Naija FM, Continental Broadcasting Service and even Mnet where she still co-presents JARA with Uti Nwachukwu on Africa Magic till date.

Helen got married to Femi Bamisile in 2010, and the union is blessed with children.