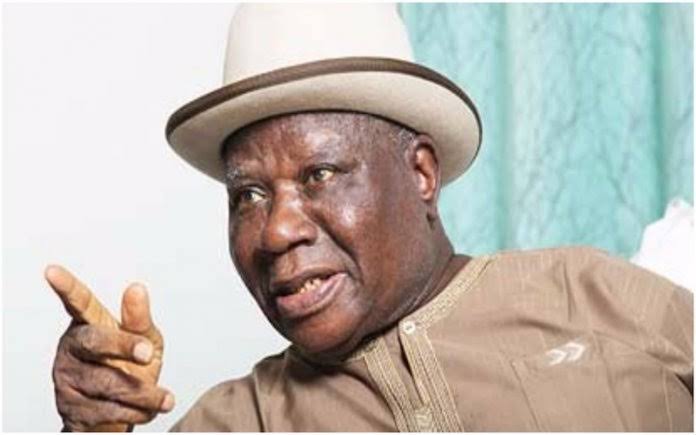 Clark who took this position on Tuesday in a statement titled, “Resign Now: You’re No Longer Fit To Remain PDP National Chairman, Clark Tells Iyiorchia Ayu,”slammed the National Chairman of the PDP, Iyorchia Ayu, over his open partisanship by congratulating Tambuwal over the outcome of the primaries, and calling for his resignation.

“This clearly reveals his partiality and predilection in the processes leading to the baffling conclusion of the PDP Presidential Primary. His undignified and parochial conduct, to please his northern principals, is not only a big disgrace to the office he occupies but, also, a sad display of lewd subservience to the political subjugation of one ethnic group, in a diverse country like Nigeria.

“Senator Iyorchia Ayu’s appalling, thoughtless and unpatriotic public conduct bears grave negative consequences. He should, therefore, no longer consider himself fit and proper to retain his position as the National Chairman of the People’s Democratic Party (PDP), and should resign now,” he said.

He added that the outcome of the primaries leaves much to be desired saying “It was very unjust and rather unwholesome. It will definitely impact severe, adverse ramifications on the future unity of the country.”

He further criticized “the cynical dollarization of the electoral process” while being alarmed by the “outrageous and Machiavelli manner in which Alhaji Aminu Tambuwal, Governor of Sokoto State, was so apparently “arranged” to announce his withdrawal from the contest, at the last minute; his speech changed the mood of the event”.

The PANDEF leader further reiterated the need for a Southern Presidency, stating that the atmosphere within the party led to the exit of Peter Obi to the Labour Party.

“One can now appreciate the reasons given by Mr Peter Obi for his withdrawal from the PDP, both as a member and as an Aspirant, a few days before the Party’s primary. And I would think that what he did was, without doubt, in respect, or obedience, to the position of the Southern and Middle Belt Leaders’ Forum”, he added.