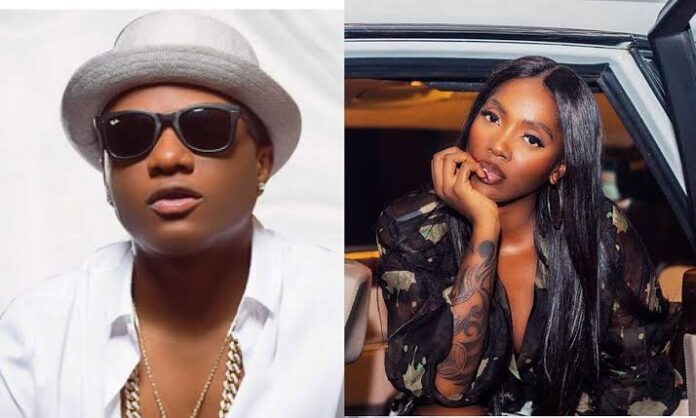 Nigerian music stars Tiwa Savage and Wizkid have reunited as Tiwa Savage had her ‘Water and Garri’ tour concert in Los Angeles recently.

Tiwa Savage and Wizkid reportedly split up and unfollowed each other on social media in 2020, according to reports that were rife on the internet.

Wizkid, on the other hand, appeared to settle their feud last when he came out to support Tiwa Savage.

In attendance were some Nigerian celebrities including Wizkid, Ayo Animashaun and Audu Makori.

This will be the first time Wizkid and Tiwa Savage will be spotted together in a long time. A photo of the two of them has been making the rounds on the internet.

There had been speculations about crisis in their once admired friendship.

From not celebrating each other on birthdays to going MIA during their concerts, fans had so much to say about their friendship.

It would be recalled that in 2018, the music stars caused a stir after Wizkid featured Tiwa Savage in the video of his hit song ‘Fever.’

Within three days of release, the video clocked up over 2.3 million views on YouTube.

From that moment fans of the music star began to monitor their relationship.

Interestingly, Wizkid and Tiwa Savage gave fans a teaser of what they wanted as they shared some PDA moments.