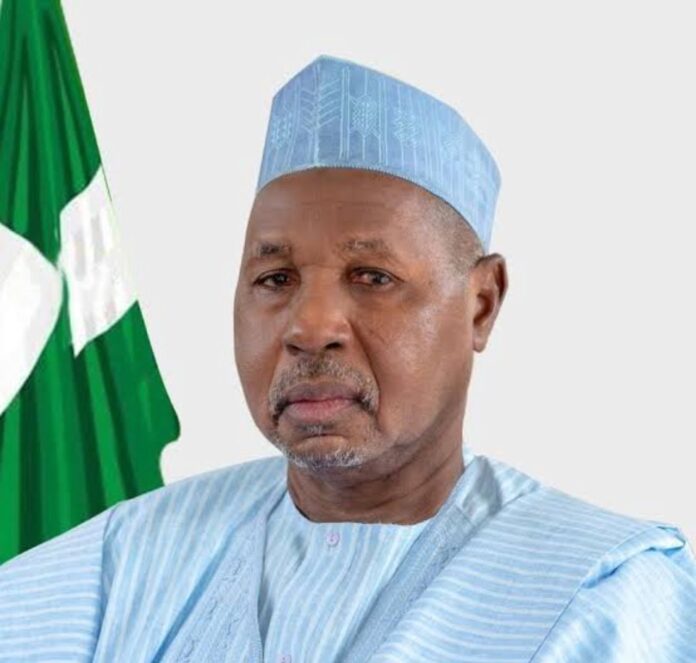 Governor Aminu Bello Masari of Katsina State has said that the state of insecurity and substituent emergence of COVID-19 marred his administration’s plans for a comprehensive development of some urban cities.

He spoke today Wednesday at the flagging-off of construction of the first interchange flyover bridge at the GRA Round-About, Katsina.

Gov Masari said the project cost the State over N4.3 billion; saying that 50 percent upfront had been paid to the contractor handling the bridge.

Masari recalled that his administration in 2015 raised a Committee for Urban Renewal Development program of Katsina, Funtua, Daura, Malumfashi and Dutsinma among some other major towns in the State, “But we could not deliver on the scheme because of insecurity in the State which consumed all our resources to security agencies and support to victims of banditry.”

“Thanks to Almighty Allah that we are beginning to see the light in regard to insecurity in the Katsina State.

“We are not where we should be yet but certainly, we are making progress and also that the incoming administration, come May 2023, will continue with this development of the urban renewal program of our major cities.

“Part of that Urban Renewal Development Programme is creating a new Katsina City but unfortunately, there is shortage of funds because it entails acquiring land, constructing roads, drainages, water supply, light supply and many other services designed to make the city more comfortable.

“Moreover, in Katsina in particular, a lot of roads need to be done within the city itself to reduce congestion,” the Governor added.