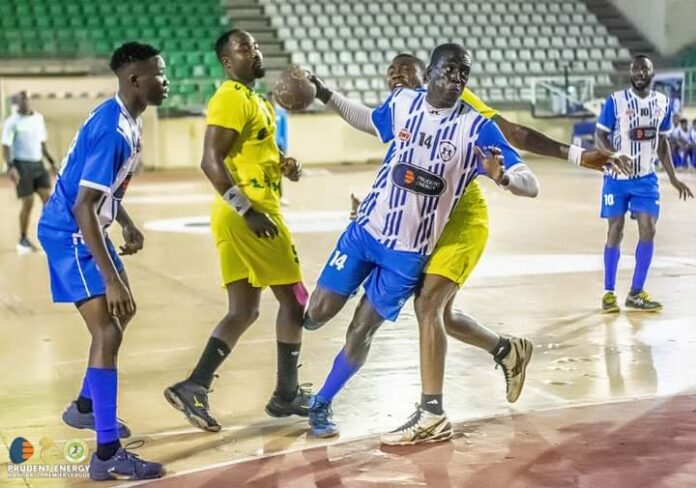 Played at the Indoor Sports Hall Moshood Abiola National Stadium Abuja, Kano Pillars underlined their poise and tenacity to defend their crown with a 13-12 half time scoreline.

Safety Shooters, who had some key players missing in the match due to injury saw their chances of bridging the gap dwilldled as the time ticked away. The encounter ended 23-28 in favour of the Kano State owned club.

Shooters, 2020 champions, came into the encounter with 9-match undefeated record held also by their Wednesday opponents.

However, they saw their long run of 100 per cent record in the league after 9 matches came to a halt against a team that have now recorded 10 wins out of 10 matches in the league.

The match which got pundits talking and handball followers making predictions, was contested with intense and purpose with the two opposing coaches of Solomon Yola of Kano Pillars and Innocent Nwankwo of Safety Shooters on standing throughout the match.

In other matches filed in at the time of this report, the female League saw Defender Babes record 36-23 victory over Bendel Dynamos.

In the second match of the day, Plateau Peacocks walked over Kada Queens of Kaduna while Safety Babes and Seasiders Babes won their matches against 33-30 and 26-23 against Rima Queens of Sokoto and Benue Queens, respectively.